SINGAPORE - For the first time, researchers in Singapore gathered people aged 55 and above to talk about what they considered to be their basic standard of living, and calculated that a single man or woman aged 65 and above would need at least $1,379 a month to sustain it.

The researchers, from different institutions, based their calculations only on those items that all participants agreed were necessary to them. They had to justify those items.

They were also allowed to include occasional inexpensive meals out with family or friends, homes that are safe and comfortable, and an annual holiday to a nearby destination at a cost about $500.

Published on Wednesday (May 22), the household budgets study, What older people need in Singapore, raises a range of policy concerns about whether seniors will have enough to meet their aspirations. 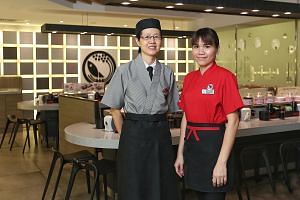 They included people who lived in rental flats as well as private property and a larger representation of some groups, such as minorities and women, to ensure a diversity of views.

The study used the Minimum Income Standard (MIS) research method, which was first developed at Loughborough University, and has been used in countries such as Japan and Ireland.

In defining a basic standard of living, participants went beyond housing, food and clothing, to include opportunities to education, employment, work-life balance and healthcare. It should also enable a sense of belonging, respect, security and independence and include freedom to participate in social activities, and engage in one's cultural and religious practices.

With a detailed agreed-on list, which included items that were not the cheapest but priced "low" or "average", researchers worked out a budget based on price lists at stores like NTUC Fairprice, and consulted experts on the sums needed for expenses such as food and healthcare.

The study's authors noted that some of Singapore's older population would not have the means to retire, but would have to supplement their incomes through sources such as transfers from family members and personal savings in order to achieve their desired basic standard. Only 55 per cent of persons turning 55 had enough savings in their Central Provident Fund accounts to fulfil the Basic Retirement Sum in 2013, meaning that around half will not even receive the basic annuity of less than $800 a month, the study added.