The National University of Singapore Students' Union (Nussu) plans to organise and carry out night patrols on campus from next month, to further improve safety measures and deter Peeping Toms.

The move follows four reports of voyeurism on university campuses in the past three weeks, even after a widely publicised incident in which a student publicly named the man who had filmed her in the shower.

The night patrols will be conducted throughout the freshmen orientation period that ends in the first week of August.

Nussu president Benjamin Loo told The Straits Times yesterday that in addition to the recent cases, orientation camps have come under fire for inappropriate conduct among the organisers, and student leaders want to ensure the safety of new students.

The union plans to have one male and one female member of its executive committee (exco) oversee multi-purpose rooms, residential colleges and residence halls where freshmen and orientation leaders will stay during the orientation period. With a campus security guard, they will patrol the corridors and toilets at certain times of the night.

Before students go to bed, exco members will visit their rooms to ensure they are not engaged in activities such as smoking or drinking and that there are not two or more students in a single room.

Students found breaking the rules will be reported to the NUS Office of Campus Security. 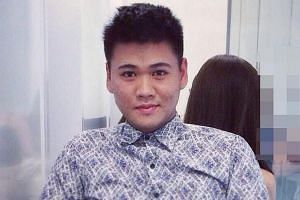 "We hope the student patrol will act as a deterrent to any unwanted behaviour," said Mr Loo.

"We are not saying the university's stepped-up security measures are inadequate. We are hoping to do this as an additional measure to ensure safety of students."

Between 5,000 and 6,000 freshmen are expected to take part in about 70 residential orientation camps of up to four days.

Today, Mr Loo and other union members will meet the officials of the Office of Student Affairs and the Office of Housing Services to discuss the union's proposal.

Both offices must give permission before students can conduct night patrols, said Mr Loo.

NUS dean of students, Associate Professor Peter Pang, said the university welcomed the initiative by Nussu. "By working together as a community, we can make NUS a safer environment for all students and staff," said Prof Pang.

He added that the university is accelerating the implementation of university-level security enhancements, such as the installation of more closed-circuit television cameras, secure shower cubicles, restroom locks and increased patrols by campus security officers.

Nussu also plans to have a 24-hour hotline for first-year undergraduates to call if they need help during their camps. Mr Loo said the intention was not for the camps to not carry on as planned.

"It's good that there may be some sort of control as I know the new students will be worried about the recent problems with voyeurism," said Stephanie Cheng, 18.

Some undergraduates, however, feel that such measures have limited impact. NUS student Lune Loh, 22, said: "Patrolling only acts as a deterrent - working on education about consent would help to clamp down on this culture of misogyny, which is the heart of the problem."