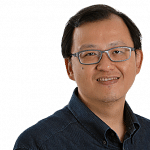 SingTel has announced on Friday the new price plans for the upcoming season of the English Premier League (EPL) which kicks off on August 17.

The ala-carte EPL content, with nine channels, will cost $59.90 per month for both SingTel mio TV users as well as StarHub's pay TV customers, the latter which SingTel is obliged to provide under the cross-carriage regulations.

The price is significantly higher than its old $34.90 per month sports bundle which came with EPL channels, Champions League and other sports content.

However, existing mio TV customers who are still on contract will get to enjoy the old price plan until the expiry of their contracts.

SingTel is clearly banking on consumers choosing its mega 80-plus channels Gold Packs bundle - which comes with the EPL channels, the Champions League and all Sports content in addition to Entertainment and Family channels for $64.90. The prices of the Gold Packs remain the same as before.