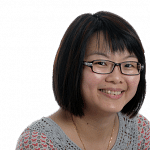 SINGAPORE - North Korea has taken the initiative to kick-start Track II diplomacy with Asean, one of its major trading partners, a Korea watcher said on Wednesday (Nov 28).

Dr Hoo Chiew-Ping said the North Koreans have reached out to a thinktank in Myanmar to host a dialogue on the Korean peninsula in the middle of next month (Dec).

While details of the roundtable have not been finalised, the outreach is seen as a welcoming engagement, as North Korean has reduced its engagement with a think-tank network in the region in the past decade.

While Dr Hoo said she was quite surprised by the North Korean move, she added: "That I see as a welcoming sign."

Its attendance at some of the so-called Track II unofficial meetings, such as the annual Asia-Pacific Roundtable (APR) convened in Kuala Lumpur by ISIS Malaysia, has dipped in recent years as the nation steps up development of its nuclear and missile programmes.

ISIS Malaysia is a member of the Asean Institutes of Strategic and International Studies (Asean-ISIS) network of think tanks that is involved in Track II diplomacy in the region.

The upcoming roundtable to be held in Myanmar is one way to maintain what Dr Hoo describes as "a thin line of connection" between North Korea and Asean.

"Maybe they are responding to Moon Jae-in's new Southern Policy, that Asean is one of the best platforms that they can utilise to promote their peace agenda," she said.

South Korea's President Moon said during a state visit to Singapore in July that he hoped cooperation between Asean and the North will be strengthened. He stressed the importance of creating opportunities for North Korea to fulfil its role as a responsible member of the international community.

Dr Hoo was speaking to The Straits Times after sharing her views at a panel discussion on "Peace on the Korean peninsula" held at the Straits Times Global Outlook Forum 2018. Also on the panel were ST's US Bureau Chief Nirmal Ghosh and South Korea Correspondent Chang May Choon, who gave their views on the rapid rapprochement on the divided peninsula.

Peace on the Korean peninsula remains fragile, and a tweet from US President Donald Trump is all it takes to change the equation, said Mr Ghosh, who spoke of the deep cynicism among policymakers, experts and the US media towards North Korea.

He added that while Mr Trump is keen to follow up on his first summit with Mr Kim, the US administration wants to see concrete deliverables offered at the second summit.

"But Mr Trump is an impatient man," he said, to laughter from the audience.

President Moon, too, is in a hurry to achieve his personal mission of achieving peace across the demilitarised zone, said Ms Chang. He has three years left in his mandatory single five-year term.

Mr Moon has also faced mounting criticism in his own country for his pro-North policies, Ms Chang noted. Some South Koreans, especially the young, think he should be spending more effort on creating jobs amid global economic headwinds.

The whirlwind nuclear diplomacy which culminated in the unprecedented summit between Mr Trump and North Korea's Kim Jong Un in Singapore in June, however, has lost steam in recent weeks.

A planned meeting in New York between US Secretary of State Mike Pompeo and North Korean Kim Yong Chol, a top aide to Mr Kim, was called off abruptly earlier this month. Both sides are deadlocked over differences on how to proceed with the denuclearisation process.

This is why interactions at informal dialogues are important to keep the lines of communication open, experts have said.

North Korea sometimes sends government officials to such unofficial interactions whereas other countries usually send only academics and former officials.

Asked about the likely participation of the US in the Myanmar roundtable, Dr Hoo is not hopeful.

Underscoring the importance of Track II meetings to keep the North engaged, she said: "It is important for us to speak face-to-face, to know what they really think. And whether something can be worked out together."