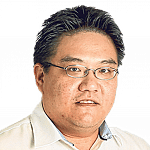 Singapore is greying at a faster pace compared with the last decade, said the annual Population in Brief report released by the National Population and Talent Division yesterday.

The reason: Singaporeans are living longer and having few babies.

Along with this increase, the median age of citizens rose marginally to 41.3, from 41 last year.

This citizen old-age support ratio could drop to as low as 2.4 by 2030, the report said. Total resident fertility rate fell from 1.24 in 2015 to 1.2 last year, significantly lower than the replacement rate of 2.1.

Experts told The Straits Times that while the population will continue to age, it is less clear what the impact on public spending and the economy will be.

Dr Walter Theseira of the Singapore University of Social Sciences said cohorts entering retirement in the coming years are much better prepared financially than, say, the pioneer generation. This means public spending on each retiree throughout their retirement years is expected to go down, he said.

More On This Topic
Singapore's non-resident population falls by 1.6%, first drop in 14 years

But this hinges on two things not going up too much in the coming years, he added. One is healthcare costs - in view of medical advancements - and the other is how much retirees expect the Government to spend on their needs.

Associate Professor Tan Ern Ser of the National University of Singapore said that "if seniors are able to enjoy good health and can support themselves for a much longer time, then there is less cause for concern".

He added that there is potential for meeting the challenges of an ageing population by taking greater advantage of the digital economy.

Where digital transformations can help seniors "extend their productive working lives" and, at the same time, "reduce the need for foreign labour, then the prospect may be somewhat happier", he said.

Dr Mathew Mathews of the Institute of Policy Studies said ageing "does not have to be viewed as a crisis" because many older Singaporeans continue to be productive in their later years.

A version of this article appeared in the print edition of The Straits Times on September 28, 2017, with the headline Singapore ageing at faster pace than a decade ago. Subscribe