A programme that protects spa package prepayments is going digital in an effort to woo more businesses and consumers to come on board.

EZ-Link's Trust programme, an initiative by the Consumers Association of Singapore (Case), was first launched in 2015 after a spate of sudden business closures that left customers out of pocket.

Its revamp four years later follows slow adoption of the scheme and the beauty industry being thrust back into the spotlight after being named the top source of consumer complaints last year.

Under Trust, participating beauty firms do not hold on to the lump-sum package payments made by customers. Instead, the amount goes into a fund managed by EZ-Link and is paid to the operator each time a session is redeemed.

If the business goes bust, EZ-Link will return the unused funds to the customer. It has so far reimbursed customers several thousands of dollars, after the sudden closure of four operators.

The Trust card, used to check details such as account balance, will be replaced by the Trust app, which was launched yesterday. An app and Web portal to help merchants cut through some of the hassle and allow them to display their promotions was also rolled out.

Under the CaseTrust scheme for the industry, accredited businesses that collect prepayments are required to either insure customers against sudden closures or sign up for Trust.

But after four years, only about 50 of 300 accredited businesses that provide prepayment protection are currently using Trust. 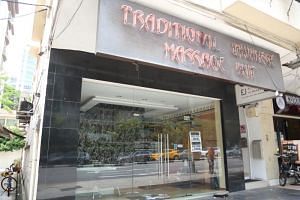 Can I get a refund on prepaid packages when a business closes abruptly?

The problem? Clunky hardware, and convincing merchants to park their sales with Trust, rather than use the money to finance their cashflow, according to EZ-Link's chief executive Nicholas Lee.

Speaking to the media at the launch event, Mr Lee acknowledged that there have been challenges in getting businesses on board, but said that the revamped digital platform aims to address the "logistical stumbling blocks" and incentives for spa and wellness operators.

"Traditionally, for these businesses, prepayments are about using the money to finance operations and expenses. But that poses a lot of risk to consumers," he said.

To motivate more merchants to come on board, the waiting time for businesses to receive payment for sessions has been reduced from several days to the next day.

And with the revamp, cumbersome terminals and cards have been replaced with a tablet that provides businesses with sales and management systems, among other digital features.

Expansion of the programme to other problematic industries, such as renovation, bridal and travel, are also on the cards, said Mr Lee.

According to Case statistics, nearly half of the 1,829 complaints lodged against the beauty industry last year related to the loss of prepayments due to abrupt business closures and aggressive sales tactics.

The Ultimate Group of Companies decided to bring three more spas on board the revamped platform, in addition to one that joined in 2015, as the new interface is easier for staff to use, said assistant general manager Denise Lim.

Switching from insurance has also resulted in "a lot of cost savings" as there are no more upfront premiums, she added.