Soft-drink makers have pledged to reduce the amount of sugar in their drinks, as part of a national effort to help curb diabetes in Singapore.

But the work will not stop there, Prime Minister Lee Hsien Loong said yesterday.

In fact, the Government is already looking at ways to help people cut down on soft drink consumption, he added.

He also advised Singaporeans to get their health checked, exercise more and watch what they eat, so as to reduce their diabetes risk.

The chronic ailment affects an estimated 400,000 Singapore residents, a third of whom do not even know they have the disease.

The battle against sugar is one that is being fought worldwide.

Some countries, such as Mexico and Brunei, have implemented a sugar tax. Others, including Chile and Britain, have pasted warning labels on drinks that have high sugar levels. 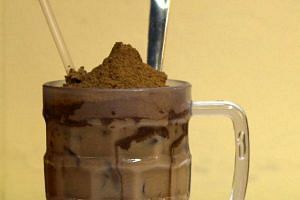 How much sugar is there in favourite local drinks? 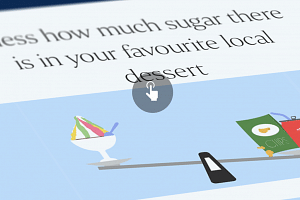 But it is not clear yet how effective such measures are, said Mr Lee. In fact, consumers might simply find other ways to get their sugar fix.

"Others have tried to limit the size of soft drinks - no more Big Gulp," said Mr Lee, referring to the popular drink from convenience store chain 7-Eleven.

"But (we are) not sure if that works either, because people might just have two smaller gulps instead."

Even though no perfect solution has presented itself, the Government is determined to do something about the problem of soft drinks and sugar.

"If anybody comes up with (a solution) that works, we will study it, and we will implement it," said Mr Lee.

Getting soft-drink companies to come to a consensus is a first step, he added.

The Ministry of Health will give more details in the coming week.

Many of these product lines have been certified by the Health Promotion Board as healthier options through the Healthier Choice Symbol.

For instance, Yeo's chrysanthemum tea comes in a "light" version that has 40 per cent fewer calories.

And while Heaven and Earth sells a sweetened jasmine green tea, a sugar-free Ayataka green tea is also available. The line of drinks is under the Coca-Cola group.

Meanwhile, F&N's website says that it tracks the quantity of sugar added into all its drinks, and that it has gradually decreased sugar levels for all of its beverages over the past few years.

But there are more factors affecting a person's risk of diabetes than just sugary drinks, noted Dr Tan, who is also vice-president of the Diabetic Society of Singapore.

Other factors include the amount of carbohydrates consumed.

"The Government might declare war on diabetes, but the success of the war lies in the individual's lifestyle and choices," said Dr Tan. 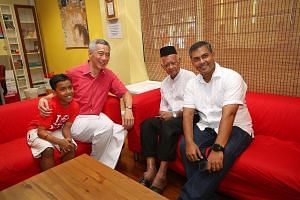