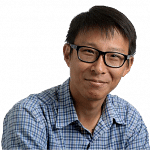 DURING my full-time national service, a friend passed me a copy of Douglas Waller's book, The Commandos.

In it, the veteran Time correspondent described how the various United States armed forces' special operations units trained and fought, which made it a book I could not put down.

One chapter that caught my attention was called Hell Week.

It chronicled, in excruciating detail, every step of a United States Navy Seal's journey through the fabled rite of passage.

It was also the first time a journalist had stayed up five days to observe the gruelling punishment these men go through to earn the "trident", one of the most widely recognised special warfare badges in the world.

More than 10 years after I read that book, when our navy agreed for my colleague Caroline Chia and I to be the first photojournalists to observe 20 weeks of combat diver training, we said "yes" without a second thought to also follow the trainees through their version of Hell Week - formally called Team Building Week.

Over five days and nights, we stayed alongside these amazingly fit young men - from their "last supper", a sombre pizza party the night before the Breakout, through nearly every test they endured in the muddy fields, on the grinding asphalt, in the sea and through the jungle.

We watched their faces crease in pain as they carried the boats, and how tears of frustration flowed as they crawled endlessly through mud, and how, though exhausted, they still found it in them to laugh over lunch in the cookhouse.

But any respite was temporary. There were few, agonisingly short breaks between exercises.

Sleep became a luxury. I enjoyed 15 hours of it that Hell Week; trainees got just four.

By the third day, I saw how a trainee who was allowed to remain still for a moment would fall asleep on his feet.

I experienced this myself on the fourth day, when I sat on a rock to rest my aching body and jolted awake to find myself sprawled on the ground.

Throughout, the trainees endured an extraordinary level of discomfort. Allowed to change into clean and dry uniforms on occasion, they were hosed down almost immediately and made to tumble in mud again.

Even 15-minute bathroom breaks were an exercise in endurance. Crammed into two small toilets, the 70-strong cohort had to find a way to let each man go about his business by shuffling around, like a sliding puzzle.

I followed them into the loo after lunch one day and found, to my surprise, that it was not entirely unbearable, except for the intense humidity generated by a mass of overclocked bodies which continually fogged up my glasses.

The break was, in fact, a welcome respite from the constant blasting of whistles from instructors. Trainees who had no urgent business to attend to could catch their much-needed naps, albeit standing up.

Being a journalist was the perfect excuse to get down and dirty, and I volunteered to have a go at everything the trainees were doing. The navy kindly allowed me to try the Sea Circuit.

Trainees typically complete three rounds of this dreaded exercise in less than 18 minutes, but just pulling on the elastic dive suit took me that much time.

It also left me huffing and puffing like I had done a dozen jumping jacks (I think I did, to get myself into the suit).

By the time I had swum the first stretch, climbed the rope, and made it to the top of the jump tower, I was wheezing like a steam train going uphill.

Other trainees would have leapt off the edge without skipping a beat - every second is precious in this game - but I needed time to catch my ragged breath, steady my nerves, and carefully adjust my large glasses so I would not lose them when I hit the water below like a tonne of bricks.

By the time I swam back to the shore and then jogged to the start line, I was gasping like a goldfish out of water, boasting a very un-naval diver time of seven minutes for one round.

Pleading an age gap of more than 10 years, all I earned was a round of laughter from the superhuman instructors, many of whom were older than me.

Knowing that we badly needed exercise, the instructors thoughtfully housed Caroline and me on fifth-floor bunks.

The mere thought of climbing up and down those stairs with more than 10kg of gear, however, ensured that I spent most of my time in the field, rather than in the room.

With so much Boat PT going on, I knew I had to try the infamous exercise for myself.

The navy agreed, but gave me a crew of instructors as my boat mates. A few basic exercises such as hoisting and lowering the boat proved more difficult than it looked - the hundreds of times I had watched the trainees do it did not help my coordination in the least.

Walking under the boat, then a slow run, made it immediately clear I was severely undernourished. We had just covered the distance of several carpark spaces when my arms began to ache. Five minutes later, I called it a day.

Coupled with the five days of shouldering heavy lenses and shooting from uncomfortable angles, that session under the boat took its toll. Four weeks of physiotherapy were needed to undo a pinched nerve and the collection of knots in my neck before I could sleep soundly again.

Eager to refresh my diving skills after nearly 10 years out of water, I put myself through the entire battery of medical tests administered on each trainee.

At the pool, I tried to look nonchalant as I struggled to put on my dive gear, knowing that the trainees were watching in amusement.

In the water, however, my cover was blown.

Bumbling in the depths like a manatee trying to use a camera with his flippers, it took me hours to photograph each session.

On my final dive during the underwater graduation rehearsal, I was given the twin tanks used by the trainees instead of the lightweight single I had been using all along.

With 38kg on my back, I felt like a freight train, slow to start and impossible to stop.

It was all I could do to get up close to the divers for a shot without actually crashing into the parade and toppling them like a row of dominoes.

On the final night, Caroline and I watched like proud parents as the boys, smart in their crisp white shirts and black trousers, wore their gleaming professional diver badges for the first time.

Having climbed, run and swum with them for nearly half a year, we felt a little sad that it was all coming to an end, but diving with the divers was an experience we would remember for a long time to come.