Some Singaporeans have caught on to the fall in the United States dollar and are taking the chance to buy more of the greenback.

The Singapore dollar rose to its highest in more than three years yesterday, and was trading at 1.306 to the US currency as at 7pm yesterday, up from 1.312 the previous day.

Mechanical engineer Matthew T., 36, said he rushed to buy the US dollar when he heard the news, adding that his mother is making a trip to the US in March.

Others are taking the chance to stock up the currency for future use.

Trading company manager Ho Ai Choo, 55, said: "Usually when the rates plunge like this, I will buy up some of the currency in case I need it for future holidays."

Still others are seizing the chance to shop online. 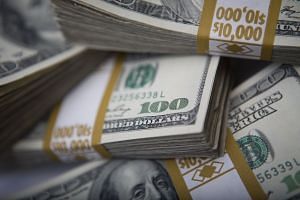 Housewife Yap Ai Tin, 52, referring to an American online retailer, said: "I have been planning to buy some items on iHerb for some time, so now is a good time to do that."

The manager of Aliffan Agency Money Changer at The Arcade, who wanted to be known only as Mr Deen, 28, said he saw a 40 per cent rise in the number of customers buying the US dollar yesterday, compared to other days.

He said, however, that the company is losing money as it had bought the currency at a higher price. "It benefits the customers but not the money changers," he said.

But not all money changers saw such crowds. Mr Najim Hajanajmudeen, manager of Yakadir Money Changer at Parkway Parade, said it was a quiet day. "There are not many sellers and not many buyers. Maybe it is because buyers feel it is going to drop some more," he said.