Couple and their six children spend six months covering 23,000km, without staying in a single hotel or motel 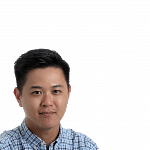 Ong Suwei had grown up watching Sesame Street and dreamt of visiting the United States.

Last June, the 40-year-old and her husband Dan Ong, 45, decided to fulfil that dream by going on a road trip in the US for six months - and with six children in tow.

The chance came when Mr Ong quit his job as a teacher in a local secondary school to take a break.

Mrs Ong, a stay-at-home mother who homeschools her six children, aged three to 16, said: "We didn't want to do it when Dan was employed because the longest we could go was three weeks. We'd have blown $13,000 on airfares for a three-week trip and we weren't willing to do that." Mr Ong added: "Our belief has always been that if we go farther, we stay longer."

The couple bought a nine-seater station wagon and a pop-up camper for $8,000 in the US. From June to December last year, the camper was home for the Christian family as they traversed 43 states in the US and covered some 23,000km, without staying in a single hotel or motel.

The Ongs also set up a Facebook page, "Six kids and a pop-up camper", to chronicle their journey and keep in touch with friends.

On it, they wrote: "We have camped under the amazing moonlit skies of Utah, in the middle of magical Redwood Forests in California, under a pecan tree in South Carolina, on a hillside camp in Yellowstone where elk stomped through."

While they had expected great sights in the US, what they did not expect, however, was the hospitality of Singaporeans - most of whom they had not known beforehand - halfway across the world.

The Facebook page, with more than 4,000 followers, became a contact point for Singaporeans in the US who wanted to meet them.

"I guess it's this sense of belonging and this connection of being tong xiang (Chinese for 'same home town'), " said Mr Ong.

Mr Stanley Leong, who has been working in San Francisco for about two years, was one of many Singaporeans who contacted the Ongs. Mr Leong, in his early 40s, had heard of their trip from socio-political site, Five Stars and a Moon.

He bought them a meal at Shiok, a Singaporean restaurant in California, and introduced them to more Singaporean families in the US.

One family hosted a barbecue in their home for the Ongs and went apple picking with them.

The Ongs also toured Facebook's office in California, thanks to the tech giant's Singaporean staff.

The family of eight reined in their expenditure by visiting only free attractions such as national parks, museums and monuments.

A Singaporean they met at the barbecue turned out to be a Pixar employee and offered them free passes to Disneyland. These would have otherwise cost them about $1,000.

The Ong's eldest son, Asher Ong, 16, says: "I was surprised. I always see Singaporeans looking so 'dead' and cold on the MRT. I didn't know Singaporeans can be so nice."

Ms Perlin Kathmann, 31, a Singaporean who has lived in the US for seven years, met the Ongs in Boise, Idaho, after contacting them on Facebook. The server and marketing associate at a pizzeria bought the family dinner at her workplace where they exchanged stories about their travels in Singlish. She said: "It's like a small slice of home dropped in specially to see me."

Through Singaporean contacts, the Ongs also went on educational tours of the Singapore Embassy in Washington D.C. and the United Nations building in New York City.

The family is now working on a book of their writings, with photos taken by Asher.

While the Ongs may be back in their five-room flat, they still recall the hospitality of the Singaporean community in the US. Said Mrs Ong: "Like what some say: You feel more Singaporean outside of Singapore than in Singapore."

A version of this article appeared in the print edition of The Straits Times on January 28, 2016, with the headline Singaporean couple and 6 kids go on 6-month road trip to US. Subscribe