With the country's workforce shrinking as the population ages, AI can help to raise productivity, added Mr Tan, who was a speaker at the Insead AI Forum held at the Insead business school in Ayer Rajah.

Citing examples of how the Government has used AI technology, such as to help spot fraudulent claims related to the SkillsFuture fund and the detection of drowning incidents in public swimming pools, Mr Tan said that the potential of using AI for social good is enormous.

In Singapore, the Government has been using AI technologies to predict when infrastructure, such as roads and lifts, needs maintenance, and provide personalised citizen services, among other things.

On the latter, he admitted that the idea may be "spooky" for some, but in such areas as education, more personalised AI technology can, for example, help to detect early which child may have a learning disability.

Indeed, while all the speakers at the forum underlined the great potential and benefits of AI, some highlighted the ethical issues related to AI and called for the need to implement responsible AI.

Insead Novartis Chaired Professor of management and the environment Klaus Wertenbroch pointed out how algorithms have reinforced certain biases and done away with equal opportunity rights in the case of Facebook's controversial advertisement practices. 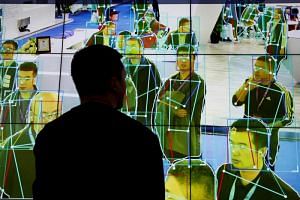 Rise of the machines: What can AI do

Can we make artificial intelligence ethical?

Last month, the American social media giant was accused by the Trump administration of selling targeted ads that discriminated on the basis of race.

Professor Wertenbroch also brought up the now famous case of how the unethical sharing of Facebook users' personal data had resulted in targeted ads to sway voters and influence the outcome of the 2016 US presidential election.

Ms Sunita Kannan, director of analytics and AI advisory lead for Asean at consulting firm Accenture, cited examples of how sampling bias in AI models can lead to negative consequences.

One was the case of how Amazon used to recruit staff using an AI tool that showed bias against women.

"AI is everywhere around us, in every single decision that we make... and the move to responsible AI is now," she added.