Singapore hailed the adoption of the Paris climate agreement on Saturday, calling it historic and crucial for setting the world on a path to a safer future.

The Minister for Foreign Affairs and head of the Singapore delegation, Dr Vivian Balakrishnan, told the final plenary session of the conference that Singapore was proud to be part of a major global agreement in which all nations will play a part in limiting the pace of climate change.

"It is not often in the lives of politicians, diplomats or (members of) civil society to be present at the genesis of a major earth-changing moment, and we have been blessed to be here, in Paris on the 12th of December 2015," he told hundreds of delegates. 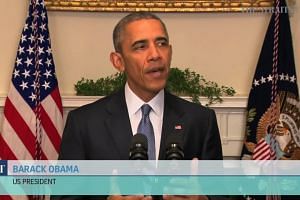 He acknowledged that the agreement, reached after two weeks of intense negotiations, was not perfect. But for the first time, the world has a climate pact in which all nations would participate in cutting planet- warming emissions, with their actions open to scrutiny and, crucially, to be strengthened over time. 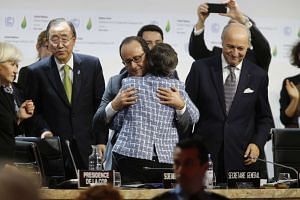 "Singapore has always emphasised the need for a comprehensive, rules-based, legally binding agreement applicable to all. Without universal participation, we will fail the future generations," he said.

Singapore has always emphasised the need for a comprehensive, rules-based, legally binding agreement applicable to all. Without universal participation, we will fail the future generations.

This is not the end, but the beginning of this global journey.

MR MASAGOS ZULKIFLI, Minister for the Environment and Water Resources 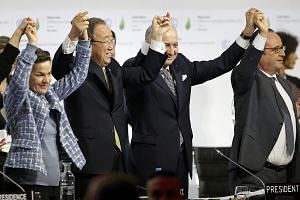 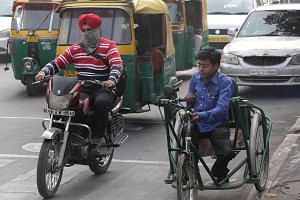 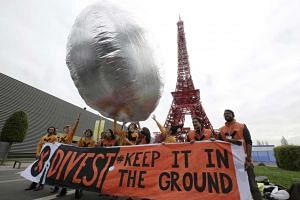 The Minister for the Environment and Water Resources, Mr Masagos Zulkifli, also hailed the deal.

"Happy that after several years of hard work and delicate negotiations, we have reached a historical deal in Paris. However, this is not the end, but the beginning of this global journey. This is a very important step towards mitigating climate change!" said Mr Masagos, who was in Paris assisting in the negotiations, in a Facebook post.

Singapore played an outsized role during the talks and in the months leading up to the meeting.

Dr Balakrishnan was a co-facilitator appointed by the French government, the host of the talks, to try to find resolutions on the issue of differentiation. This involves the different roles and responsibilities of rich and poor nations, which have proven to be a deeply divisive issue during years of United Nations climate negotiations. 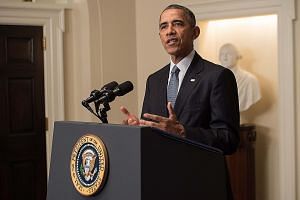 Climate deal 'may be turning point for the world': Obama

Singapore also played a key role in guiding discussions on the transparency of national actions, with climate change ambassador Kwok Fook Seng refining the text for the article on transparency in the final agreement. 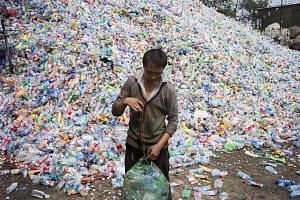 During a doorstop late on Saturday, Dr Balakrishnan said it was too early to say whether Singapore would need to be more ambitious about emission reductions. Singapore, which is heavily reliant on fossil fuels for its energy and has large petrochemical, shipping and aviation industries, has pledged to reduce its emission intensity by 36 per cent from 2005 levels by 2030, and stabilise its emissions with the aim of peaking around 2030.

He said it was important to see what others have done and to look at scientific evidence on whether the world is on the right path to prevent catastrophic climate change.