SINGAPORE - Significantly fewer youth under the age of 21 are getting hitched.

Specifically, the proportion of Muslim marriages involving minors have fallen sharply - from 8.6 per cent in 2008 to 2.9 per cent last year (2018).

The share of non-Muslim marriages involving at least one person aged below 21 also fell from 2.9 per cent in 2008 to 0.6 per cent last year.

Those who work with young people say that the young today are more mindful and savvy in using contraception and hence, there are fewer unplanned pregnancies and shotgun marriages.

Ms Lena Teo, deputy director of therapy and mental wellness at Care Singapore, which helps at-risk youth, said: "A shotgun marriage is one significant push towards marriage for young couples. They feel they have to take responsibility for the pregnancy."

She pointed out that the number of births to teens has also fallen sharply in the past decade. 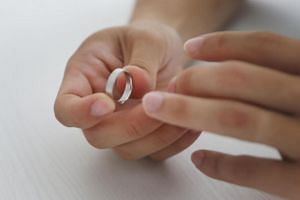 Fewer couples marrying and divorcing; financial considerations may be a factor

There were 289 babies born to teens aged 19 and under last year, a sharp fall from the 678 babies born to teen mums in 2009, according to the Report on Registration of Births and Deaths 2018 published by the Immigration and Checkpoints Authority.

In October 2016, the Government introduced a mandatory marriage preparation course for couples where at least one party seeking to wed is below the age of 21 before they can be issued a marriage licence. Their parents must also consent to their marriage.

There is a higher likelihood of divorce among couples who married at a very young age than among those who wed when they were older.