SINGAPORE - The Security Association of Singapore (SAS) will promote a set of guidelines and tell-tale signs for private security agencies to identify potentially radicalised individuals, the association said on Thursday (June 22).

SAS, the lead security trade association, said that it is "deeply concerned" about the detention of one Aetos auxiliary police officer, and the placing of a restriction order on another.

The Ministry of Home Affairs announced on Tuesday the arrest of two Singaporean auxiliary police officers under the Internal Security Act (ISA), in what is believed to be the first such case involving uniformed personnel.

"This episode may affect the confidence that the public has in private security agencies and personnel," SAS said.

It will disseminate the guidelines in consultation with the Ministry of Home Affairs and the Singapore Police Force. 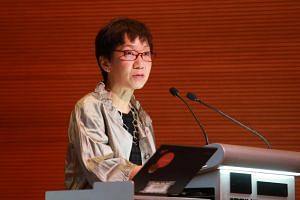 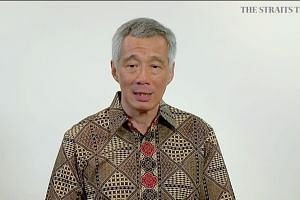 "We will also be working with our members to develop internal whistle-blowing policies to ensure that they have the processes to effectively deal with potential instances of radicalisation," the association said.

SAS had created a Counter-Terrorism Committee in May to look into how private security agencies and personnel can play their part in Singapore's counter-terrorism efforts. This committee will work with the relevant authorities on the two initiatives.

borders, facilities and assets in Singapore," it said.

"These two radicalised individuals are not representative of the overwhelming majority of private security personnel, who are responsible workers going about their daily jobs."

SAS said that while family and friends will likely be the first to spot signs of radicalisation, security agencies can still play an important role in helping to identify radicalised individuals.

It is "unlikely that the police or Aetos could have picked up signs of radicalisation through vetting", SAS added.