In the spirit of Christmas giving, here are some ordinary heroes who have made a difference to other strangers' lives. They are among 26 Samaritans whose heartwarming deeds were highlighted in a campaign collaboration - Good Man Good Deeds Good Rice - between Chinese evening daily Lianhe Wanbao and Tong Seng Produce's rice brand SongHe.

SINGAPORE (THE NEW PAPER) - He always fretted whenever he saw his passengers who were caught in the rain run into the air-conditioned bus.

Five months ago, he chose to do something about that.

Mr Kamarul, who has been driving for about a year, would stand between the bus and bus stop with an umbrella to shelter those without one. 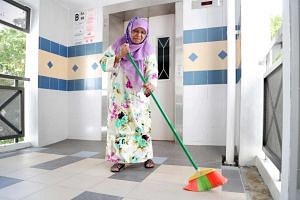 Samaritans in Singapore: She helps her neighbours out without expecting reward 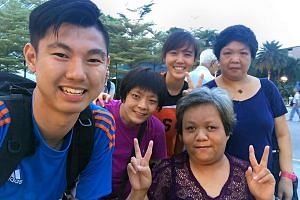 Samaritans in Singapore: A friendship between a student and tissue auntie

His kind acts warmed the hearts of those he helped as well as witnesses, who shared it on SongHe's Good Man Good Deeds Good Rice Facebook page.

In an interview with Lianhe Wanbao in September, Mr Kamarul, 29, said he was inspired by his mother's advice.

"My mother once met a kind bus captain who alighted from the bus to help carry her shopping bag after he noticed how heavy it was," said Mr Kamarul.

"When she found out I was going to become a bus captain too, she reminded me to be patient with the passengers and help whenever I can."

He described how the kind act has a snowball effect.

Mr Kamarul said: "My mother received help from the bus captain, now it's my turn to help others.

"I hope we can spread these kind acts around."

Despite getting caught in the rain, Mr Kamarul never complains and always has a smile on his face.

He is also grateful to the other passengers for waiting patiently in the bus when he has to shelter those who are boarding when it rains.

Sponsor Tong Seng Produce also donated 500kg of SongHe rice and 60 litres of canola oil to the beneficiary of his choice.

But Mr Kamarul said he did not expect to be commended.

He added: "If my passengers can benefit from that little action of mine, why not?"