The state of the Singapore Armed Forces' (SAF) safety system is in a better place after implementing recommendations from various external panels, but there is still room for improvement. Lowering the training tempo is the first step towards this, said Chief of Defence Force Melvyn Ong.

He pointed out how the SAF has studied findings and implemented recommendations from experts on ways to improve the safety system in various areas, including heat injury and vehicular safety, following training incidents.

Also, he said the External Review Panel on SAF Safety - tasked to oversee safety procedures and review the systems - has consistently ascertained that the safety systems are in place.

But going forward, the SAF will seek to do better by lowering its training tempo, with the services tasked to review and report on whether the pace of operations is "too fast, too intense, too frequent", said Lieutenant-General Ong.

Based on their input, the SAF will do a dedicated review of the training tempo and take a look at it holistically within each service so that they can do things well, do things safely, he added.

"And I believe that once we lower the training tempo, it will give us more time to ascertain the optimum level of activity, the right emphasis and the right training activity level, I think this will put us in a better state," said Lt-Gen Ong.

Asked if the move - the first time that the SAF is doing this across all services - reflects that the training tempo has been too intense and if it has received any such feedback, Lt-Gen Ong said this would be part of the review by the services. 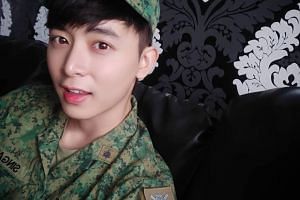 He was responding to questions on public concerns over SAF safety, following Corporal First Class (NS) Aloysius Pang's death, which was its fifth fatal incident involving training or operations since September 2017.

Then, Third Sergeant Gavin Chan, 21, died in an exercise in Australia after a Bionix tank he was commanding overturned on a steep embankment.

Last November, CFC Liu Kai, 22, died after a Bionix armoured vehicle reversed into a Land Rover he was driving as part of a field training exercise in the Jalan Murai training area.

"But on the other hand, it is our responsibility to ensure the safety of their children. Now, we must ensure that parents are assured. To the parents, I will say this: That as a system, the SAF has put in place a good system."

Lt-Gen Ong was also asked why the information flow over the incident and the extent of CFC Pang's injuries had come in dribs and drabs.

For instance, the incident first came to light when the Ministry of Defence (Mindef) revealed on Sunday that CFC Pang had suffered injuries while carrying out repair work inside the Singapore Self-Propelled Howitzer, but did not release details.

On Wednesday, Mindef said the actor was inside the howitzer with two other SAF personnel, and that he was injured when the gun barrel was lowered.

Yesterday, it was revealed that CFC Pang was caught between the end of the gun barrel and the interior of the SSPH, and suffered crush injuries as a result.

Lt-Gen Ong said the SAF has been trying to be as proactive as possible in the information it could release, though there were certain things it could not reveal.

"But I think we have done as much as we can to be as proactive," he said, adding that the focus had also been on supporting the family.