In the past decade or so, doctors have started to see men who are so hung up on beefing up their bodies that it becomes an obsession.

Some of them even end up with liver or kidney damage after overdosing on anabolic steroids in their frenzy to become Mr Muscle Man. The men, many in their late teens and up to their 30s, work out at the gym compulsively, some twice a day. They take protein supplements to build up their muscles.

Some even turn to the black market to buy anabolic steroids, getting them from peddlers making illegal sales online or offline, to build muscle mass.

Anabolic steroids can be prescribed only by a medical professional. They are used medically, for example, to help patients with muscular degenerative diseases such as muscular dystrophy, to regain much-needed muscle tissue. 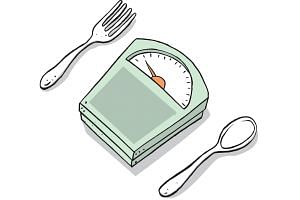 Eating disorders rising among the young

The abuse of anabolic steroids can cause liver, kidney or heart damage, said Dr Alakananda Gudi, an associate consultant at the Psychiatry Department at the Singapore General Hospital (SGH). It could also cause other problems such as depression and psychosis, where one loses touch with reality.

The growing popularity of working out in the gym to achieve a chiselled body - coupled with the trend of men posting pictures of their hot bods on social media - has fuelled this bulking up trend, observers said. And some do go overboard until it becomes an obsession.

The growing popularity of working out in the gym to achieve a chiselled body - coupled with the trend of men posting pictures of their hot bods on social media - has fuelled this bulking-up trend, observers said. And some do go overboard until it becomes an obsession.

Mr Kevin Chiak, president of the Fitness Movement League, said: "Men flaunt their bodies on social media. And girls notice the muscular guys when they walk past them."

Dr Gudi said that she has noticed more male patients becoming obsessed with bulking up in the past few years. Last year, the SGH eating disorders programme saw 10 men with various eating disorders and some had this obsession. They usually would not seek help unless they run into a medical emergency, such as liver or kidney damage, she said.

Dr Lee Ee Lian, a psychiatrist at the Better Life Clinic who specialises in treating eating disorders, said this is an obsessive-compulsive disorder called muscle dysmorphia.

She said: "They are convinced they are too scrawny, their muscles are too tiny and their emotional distress (about their body) impairs their lives."

On top of muscle dysmorphia, some men may also have an eating disorder, such as bulimia nervosa, where they binge eat and later purge the food eaten. Dr Lee sees one or two male patients with muscle dysmorphia a year.

Dr Ken Ung, a psychiatrist at the Adam Road Medical Centre, had a patient who became paranoid and believed people were out to harm him.

The man in his 20s had been so obsessed with bodybuilding that he had bought steroids from the black market to build up his muscle mass.

The pills caused his paranoia and his condition only improved after he stopped taking them, Dr Ung said.

A version of this article appeared in the print edition of The Sunday Times on August 28, 2016, with the headline 'Ruining their livers in quest to be Muscle Man'. Subscribe
Topics:
More
Whatsapp Linkedin FB Messenger Telegram Reddit WeChat Pinterest Print Purchase Article Copy permalink