SINGAPORE - Roads in the the city area will be closed on three days for a movie shoot, police said on Friday (June 9).

The Straits Times understands that the movie is Crazy Rich Asians, which started filming on April 25.

The road closures include Bukit Pasoh Road on June 14 and Victoria Street on June 17.

The direction of vehicular traffic along Ann Siang Hill from South Bridge Road to Club Street will be reversed on June 14, from 5am to noon.

During the closures, access will only be granted to police and emergency vehicles, police said.

Parking restrictions will be strictly enforced. Vehicles found parking and causing obstruction will be towed. 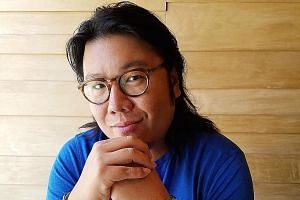 Crazy Rich Asians starts filming, with a cast including Singaporean actors such as Pierre Png

Members of the public may contact the organiser on the hotline 6602 6664 for inquiries.

Crazy Rich Asians, a romantic comedy, directed by Jon M. Chu (Now You See Me 2, 2016), is based on Singapore-born author Kevin Kwan's 2013 worldwide bestseller about wealthy families living in Singapore.

It is shot entirely on location in Singapore and in Malaysia.

The Hollywood production stars Singapore-based host-presenter Henry Golding as lead Nick Young and Constance Wu of US sitcom Fresh Off The Boat (2015-present) as his screen girlfriend, Rachel Chu.