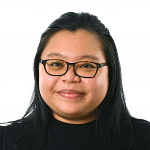 More than 1,400 jittery pupils put pen to paper at the word "celsius".

Filling the multi-purpose hall of the Institute of Technical Education (ITE) College Central was the largest turnout in three years at the RHB-The Straits Times National Spelling Championship.

Up to 122 primary schools islandwide were represented at the Ang Mo Kio venue, where The Big Spell's preliminary round took place on Saturday. Listening intently to 50 words and their accompanying sentences for context, they scribbled attempts at "archipelago" and "incognito" onto official answer scripts, though others, such as "longitudinal" and "debilitating", had several sighing heavily.

The competition is organised by RHB Banking Group and The Straits Times, in partnership with the Ministry of Education (MOE). It is supported by the National Library Board and, for the first time, ITE College Central and tech company HP.

Though the stipulated registration time was 8.30am, contestants arrived as early as 7am armed with word lists, notes and dictionaries for last-minute practice. Most expected a tough qualifying round, given that the national spell-off was into its third edition.

To prepare, Primary 5 pupil Lisa Low, 11, from Pei Hwa Presbyterian Primary School, studied a list of commonly misspelt words given by her teacher. "I'm slightly nervous because I think there will be a lot of difficult words," she said shyly.

Huamin Primary School's Cheng Lin, 11, was clearly nervous. "It's a competition. There's a $5,000 prize. They won't let us win it so easily," the Primary 5 pupil said.

Primary 4 pupil Muhammad Ilyas Fadil, nine, from Shuqun Primary School, said his father told him to be cool and to "do my best".

Scripts from the preliminary round will be graded by MOE staff, and the top scorers in each zone will advance to the zonal round on April 5. They will be informed through their schools by the end of March.