Footfall remains high at mall, which went all out to tackle crisis after rat-in-dish incident 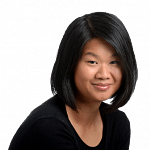 Marina Square went into aggressive rat attack mode the very day after a dead rat was found early this year in a salted vegetable dish at Hotpot Culture, a buffet restaurant on the fourth floor of the mall.

Letters were fired off to all 78 of the mall's food and beverage (F&B) tenants, asking them for permission to enter their premises.

Mall managers later sat down with each tenant to review the findings and give them recommendations. Some were told to increase the number of glue-board traps they had, for instance.

You expect to see rats at hawker centres or in coffee shops, but not scuttling around malls.

There are currently 500 glue traps scattered around the mall, mostly in the ceiling where rats are commonly found.

Every day, two external pest controllers comb the five floors of the mall for pest activity.

And once a month, at night at 11pm - after the mall is closed for the day and when rat activity is usually at the highest - 30 mall staff and external pest control operators poke their heads into ceilings with torchlights to check for teeth and scratch marks which are signs of rodent activity. The staff do not leave until about 3am.

Rats caught in traps are killed on site, bagged and disposed of according to government guidelines.

These checks, said Ms Chan, were standard procedures in place even before the dead rat was found, an incident she described as "very unfortunate".

Since January, at least five eateries at the mall have closed, ST reported earlier this week.

"We have many other good tenants with a high level of hygiene and they have ended up as collateral damage. It has been unfair to them," said Ms Chan, adding that the mall went on an F&B promotion and advertising blitz in January.

The hotpot eatery has survived, nonetheless, and traffic at the 250-tenant mall has remained high. Even in January, the month when the dead rat was found at Hotpot Culture, footfall was up 10 per cent compared with January last year.

Traffic has stayed high for the first six months of the year, with footfall up by as much as 16 per cent in some months, compared with the year before.

The only month that fared worse this year compared with last year was last month, said Ms Chan. This was predominantly due to road closures for the National Day Parade rehearsals.

"When the news broke about the dead rat, footfall fell for a few weeks, but it soon recovered," she said, recalling the impact of the incident.

However, high traffic might not necessarily result in high sales, she explained, adding that the retail industry is facing strong headwinds, with the growth of e-commerce, the strong Singapore dollar, the labour crunch and fewer tourists.

"But driving visitors to the mall is the best we can do," she said. "We deliver customers and it is up to the stores to translate that into sales."

The dead-rat incident had shocked everyone, she said.

"There has never been an issue like that in the mall. We've never been fined. I've worked here for six years and I have never seen a rat," she said.

"You expect to see rats at hawker centres or in coffee shops, but not scuttling around malls."

While the National Environment Agency said there has been a marked improvement in the rat situation at Marina Square, it also noted that dead rats were still found there as recently as last month, ST reported earlier this week.

When asked when the mall will be rat-free, Ms Chan said: "All I can say is wherever there are food sources, pests will be attracted to the area."

A version of this article appeared in the print edition of The Straits Times on August 08, 2015, with the headline Rat traps and midnight checks at Marina Square. Subscribe