SINGAPORE - Prices of fish and prawns have skyrocketed by as much as 50 per cent ahead of Chinese New Year, and could go up even more, with Chinese silver pomfret and white-spotted rabbitfish seeing the steepest price hike so far.

Fishmongers from two wet markets in Toa Payoh and Eunos said the prices of fish and prawns had begun to soar, and would continue to rise as the Lunar New Year nears, Lianhe Wanbao said in a report on Friday (Jan 6).

Chinese silver pomfret sold for $45 per kg on Friday at the wet market at 4A Eunos Crescent. Last month, it cost more than $30 per kg.

This could go up to between $60 and $80 per kg in the next two weeks, Wanbao reported.

This could further double nearer Chinese New Year, which falls on Jan 28 this year. 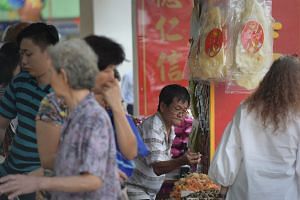 Prices fly high in Year of the Rooster 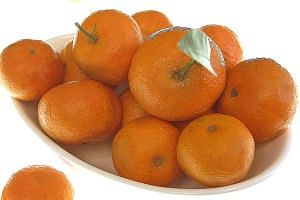 The prices for prawns and other seafood such as red grouper had also increased by 20 to 30 per cent to about $30 per kg on Friday.

Over at the Toa Payoh Lorong 4 wet market, seafood stall holder Ms Liao Shuyan, 65, said that prices for prawns would continue to rise to an estimated $35 to $40 per kg.

Another seafood seller, Mr Lin Yaohe, 55, said silver pomfret could sell for more than $100 per kg closest to Chinese New Year, as supply is low this year.

White-spotted rabbitfish cost $8 per kg last month, but sold for $10 per kg on Friday.

The fish, commonly cooked in Teochew cuisine, is often eaten during the festive season for prosperity.

Rabbitfish sold nearer to Chinese New Year are plump and contain roe, and are expected to cost $30 per kg then.

Mr Lee Boon Cheow, president of the Singapore Fish Merchants' General Association, told Wanbao that it is difficult to determine how prices will go as there are still three weeks to Chinese New Year.

He said: "The most important thing about fish is its freshness, so it's hard to use current sales trends to predict how it will be - we will know only when it's nearer Chinese New Year."

Prices of grouper imports from Malaysia have nearly doubled, as supply has been affected by the rainy season and stormy seas, Shin Min Daily News said in a report on Friday.

Undersupply for different types of fish meant price increases of 10 per cent to 100 per cent.

Singapore Fish Merchants' General Association's Mr Lee told Shin Min that the prices of grouper have gone up most starkly.

He added that the prices of pomfret, grouper and prawns go up each year at this time.

Prices of these fishes in Malaysia have seen the same hike, with Malaysia's China Press predicting 50 per cent price increases.

The collision spilled 300 tonnes of oil.

The Agri-Food and Veterinary Authority (AVA) has suspended sales from three fish farms and will do so for newly affected farms until food safety evaluations are complete.