SINGAPORE - Prime Minister Lee Hsien Loong will be in Putrajaya on Tuesday (July 19) for the signing of an agreement on the much-anticipated high-speed rail (HSR) that will connect Kuala Lumpur and Singapore.

Mr Lee and Malaysian Prime Minister Najib Razak will witness the signing of a Memorandum of Understanding (MOU) on the project, the Prime Minister's Office said in a statement on Monday.

Mr Najib indicated in April 2016 that the MOU signing would take place in the middle of this year.

First announced in 2013 at the Singapore-Malaysia Leaders' Retreat, the ambitious rail link is set to be the first of its kind in South-east Asia. 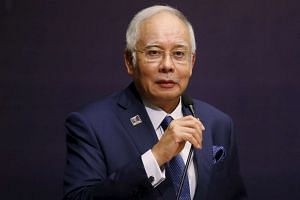 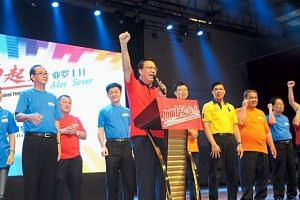 Tender for Singapore-KL high speed rail project to be called within a year: Malaysia's Liow

It is billed as a "game-changer" that will cut travel time between Kuala Lumpur and Singapore to just one-and-a-half hours, compared to more than four hours by car.

Calling it a "key bilateral project for both countries", the PMO said: "The two governments' commitment to this project is a reflection of our strong bilateral ties and our continued efforts to deepen relations.

"The signing of the MOU is a significant milestone and testament to our close bilateral cooperation," the PMO statement added.

Ahead of the signing, PM Lee and the delegation will be hosted to lunch by Mr Najib. Both leaders will hold a joint press conference after the signing ceremony.

Also in PM Lee's delegation are officials from the PMO, Ministry of Transport, Ministry of Foreign Affairs, Ministry of Communications and Information, Land Transport Authority of Singapore and Attorney-General's Chambers.

A report by Malaysian newspaper New Straits Times last Thursday said the MOU will pave the way for further negotiations on the official bilateral agreement, to be signed by the end of this year.

Malaysian Transport Minister Liow Tiong Lai told reporters over the weekend that a tender for the project is expected to be called "within a year's time", reported Malaysian paper The Star. He did not elaborate.

The proposed high-speed rail, expected to be 350km, will begin at the Bandar Malaysia project - which is 3km from Kuala Lumpur's financial district - and will terminate in Jurong East.

The Singapore terminus will be part of the upcoming Jurong Lake District, envisioned as Singapore's second Central Business District.

Last week, the Urban Redevelopment Authority launched a Request for Proposal to develop masterplans for the area.