SINGAPORE - Prime Minister Lee Hsien Loong said he is glad Facebook is committed to working with partners to deal with fake news on social media, after a meeting with the US company's chief operating officer Sheryl Sandberg on Wednesday (Nov 8).

In a Facebook post on Thursday morning, PM Lee said that he spoke with Ms Sandberg - the No. 2 person at the tech giant - about some of the latest developments at Facebook.

"As a longtime frequent user of Facebook, I was happy to meet Facebook COO Sheryl Sandberg yesterday," he wrote.

"One issue preoccupying both of us was fake news on social platforms. Glad that Facebook is committed to working with partners to deal with this very pertinent and serious problem."

Last month, Facebook said it was testing a new "button" to allow users to get more context about a news source, in its latest move to curb misinformation.

The new feature will allow users to get context on the source of a news article with a single click without leaving Facebook and its news feed.

However, its experiment earlier this week - which was only visible to some users - to promote comments containing the word fake to the top of news feeds received flak, the BBC reported. 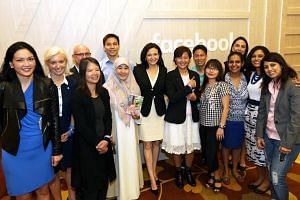 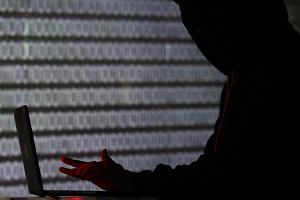 The now-concluded trial aimed to prioritise "comments that indicate disbelief", but meant that feeds from reputable sources such as the BBC, the New York Times and The Guardian all began with a comment that mentioned the word fake.

PM Lee also shared that Ms Sandberg was en route to Danang in Vietnam for the Apec CEO Summit when she decided to stop over in Singapore on Wednesday to visit the local Facebook community, as well as Facebook's Asia Pacific headquarters.

The leaders are administrators who run and manage Facebook groups.

Ms Sandberg also disclosed that the Asia Pacific region is the fastest growing region for the number of people who use Facebook groups.

More than 420 million people, or 56 per cent of active Facebook users in the Asia Pacific, use them.

"We are making a major investment in Groups," she said. "The engineering, the product teams are growing, so you will definitely see a lot more features and functionalities come to Groups."