SINGAPORE - The next time you take the Downtown Line, there's a chance that you might board the Pink Train.

The special train, which will run from Friday (Sept 28) to the end of October, offers information about risk factors for breast cancer, to encourage women to get screened for the condition early.

First launched in 2016, the Pink Train is an initiative to spread awareness of breast cancer in Singapore during October, which is Breast Cancer Awareness Month.

On Friday, the Pink Train, which features the message "Every Woman Matters", was launched at Bukit Panjang MRT station.

"The Pink Train is a reminder that all of us have a role to play in the fight against breast cancer, which affects not just women but also the people around us," said Ms Sim Ann, Senior Minister of State for Culture, Community and Youth, and Communications and Information, at the launch.

The initiative is a collaboration between the non-profit organisation Breast Cancer Foundation (BCF), the Land Transport Authority and Moove Media, the advertising arm of ComfortDelGro.

Breast cancer is the most common form of cancer for women here. 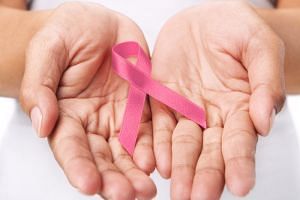 Breast cancer – from screening to treatment

It accounted for almost one in three cancer cases among women from 2011 to 2015, based on the Singapore Cancer Registry's annual report for 2015.

The disease is more common in women aged 40 and above and the risk increases with age.

However, less than 40 per cent of women aged between 50 and 69 underwent a mammogram to screen for breast cancer, according to the Health Promotion Board's Health Behaviour Surveillance of Singapore 2015.

Besides the Pink Train, there are wall murals displaying facts about breast cancer, screening options and funding assistance at Dhoby Ghaut and Serangoon MRT stations as well as bus interchanges in Bedok and Boon Lay.

The messages come with a BCF helpline to encourage those affected by the disease to seek support from the organisation.

The campaign is expected to reach an estimated 34 million commuters.

BCF president Noor Quek said the information in the train highlights the steps that the public should take as part of a healthy lifestyle.

Breast cancer survivor Katherine Goh, 49, experienced for herself the advantage of early detection.

An annual ultrasound 10 years ago showed that she had Stage 1 breast cancer, which is now under control after she underwent chemotherapy and a mastectomy for her right breast.

Ms Goh had also been doing a breast self examination each month and going for yearly mammogram, after her mother died of breast cancer 40 years ago.

“I truly believe that early detection can save lives and breasts,” said the retired deputy director, who has been volunteering with the BCF since 2009.

“I think it’s important for women to be more vigilant in their checks.”