Fans who eschew legal sites and instead lap up Korean dramas on websites that stream pirated shows could find their options further limited.

Another volley against piracy has been fired under Singapore's recently amended Copyright Act, with pay-TV operator PCCW Media taking steps to block the Dramanice website here.

Dramanice streams pirated content including hit Korean romance dramas Descendants Of The Sun, My Love From The Star and The Heirs. It is among the top 7,000 global websites accessed daily, according to the latest Alexa rankings.

In documents seen by The Straits Times, PCCW said Dramanice is a "flagrantly infringing online location" offering many episodes of 62 popular Korean drama titles illegally. These shows are available on PCCW's subscription-based online streaming service Viu, launched in Singapore in January last year, and some are broadcast by Pay-TV platforms StarHub TV and Singtel TV.

The Hong Kong-based pay-TV operator served papers on five Singapore Internet service providers (ISPs) - Singtel, StarHub, M1, MyRepublic and ViewQwest - in May. In the same month, it also made an application in the Singapore High Court to get the ISPs to block the website in question.

Singapore's amended Copyright Act, which took effect in December 2014, lets content owners seek a High Court order to get ISPs to block piracy websites. Before the revised law, they could not compel ISPs to block pirated content. 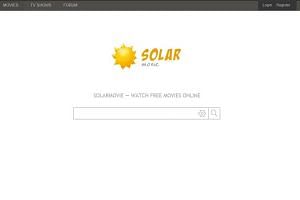 Piracy site Solarmovie to be blocked

Solarmovie.ph was the first piracy website to be blocked under the amended Copyright Act.

PCCW and the ISPs declined to comment when contacted, but The Straits Times understands that PCCW is negotiating with the ISPs over a payment to block links to the 62 drama titles.

According to statistics from HypeStat.com, Dramanice has 56,500 unique visitors a day, with more than 3,000 visitors from Singapore.

Malaysia accounts for the highest number of visitors to Dramanice, with more than 9,000 unique visitors a day.

Technology lawyer Bryan Tan of Pinsent Masons MPillay said: "Piracy is an ongoing problem despite the legal efforts and education programmes being undertaken."

A poll of 1,000 Internet users in Singapore released in February by consultancy firm Ernst & Young showed that one in two people was getting his TV and movie fix illegally.

The figures mirror those in a survey by research consultancy Sycamore Research and Marketing released in 2014, showing that about 60 per cent of people here aged 16 to 64 had participated in movie and TV or music piracy.