Parliament yesterday approved a $79.7 billion Budget trained on transforming the economy and building a more caring and resilient society.

These twin spirits of enterprise and care for one another are what will enable Singapore to thrive for another 50 years, said Leader of the House Grace Fu as she wrapped up the debate on the Government's spending plans.

MPs filed 499 cuts to ministries' budgets this year, the highest in the past five such debates. Each cut lets them speak on the policies and programmes of the ministries. 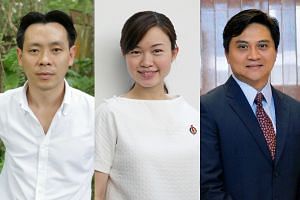 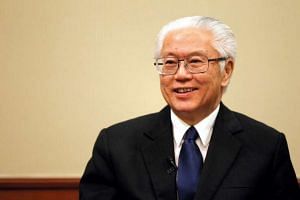 Among other things, the ministries laid out their policies on helping retrenched workers upgrade themselves and get new jobs, stamping out diabetes and supporting parenthood.

Ms Fu, who is Minister for Culture, Community and Youth, said: "The challenges we face today cannot be solved by the Government alone."

She called on Singaporeans to work with the Government to tackle issues such as changing mindsets on education.

Speaker of Parliament Halimah Yacob, in her wrap-up speech, said the Budget would be remembered as one that slew not one but two sacred cows.

She cited the change in the Primary School Leaving Examination grading from numerical scores to letter grades, and the move to give unwed mothers the same 16 weeks of maternity leave that married mothers get.

MPs had long championed these changes, said Madam Halimah, who praised the moves for "placing children at the heart of what we do".

This year's Budget was presented and discussed later than usual, because of the heavy parliamentary schedule after last September's General Election. As a result, the Budget was passed only after the start of the Government's financial year on April 1.

But the Government had temporary access to various government funds to keep public services running as normal, under a constitutional provision.

Article 148B(4) of the Constitution states that the Finance Minister, with the Cabinet's approval, can authorise such spending until the Supply Bills controlling each ministry's spending are passed.

However, the amount that can be spent this way must not exceed a quarter of the total sum approved in the past year's Budget.

Rounding up the fortnight's debate, Madam Halimah said: "The challenge now is to help people navigate this period of disruption and transformation to a better future."

More school facilities can be used for sport