SINGAPORE - There is a sound system of checks and balances in place in the public sector to make sure public funds are properly accounted for, Deputy Prime Minister and Finance Minister Tharman Shanmugaratnam told Parliament on Monday.

He said that the findings reported in the Auditor-General Office(AGO)'s latest report for FY2014/15 did not affect AGO's opinion of the Government Financial Statements.

Mr Tharman noted that the AGO has given an unmodified audit opinion this year, just as in previous years - that is to say, the accounts of ministries, departments and organs of state, are reliable, and public funds properly accounted for.

The same was the case for statutory boards, all of which received an unmodified audit opinion from their respective auditors for the last financial year.

"Let me reassure members that we have a sound system of checks and balances in place in the public sector, which is why it is regarded as one of the cleanest and most reputable administrations in the world."

Mr Tharman was replying to a question from Nominated MP Mohd Ismail Hussein on lapses in public sector entities. 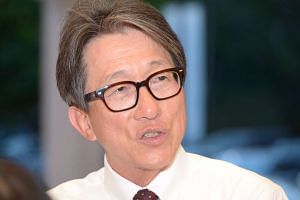 Some of these agencies, including the People's Association and the National Parks Board, were singled out in the AGO's report for FY 2014/15 released last month.

The lapses cited included, among others, those in the management and tendering of contracts and related party transactions.

Mr Tharman added: "Public officers and agencies know they have a responsibility to safeguard the use of public funds. Internal controls are in place within each agency, audits by an impartial AGO are carried out regularly and rigorously, and the AGO's findings are made public."

"The agencies take prompt action whenever problems are found, and make no attempt to cover them up. And where there is any suspicion of fraud or corruption, investigations are thorough and errant officers face the full measure of the law, regardless of their seniority."

He said all the agencies involved have conducted their own investigations into the lapses.

And except for one audit finding, concerning an agency's procurement of event management services, all the other audit findings in this year's AGO report were not repeat lapses.

"All agencies where lapses were found have taken steps to improve. Depending on the problem, this includes closer monitoring by supervisors and internal auditors, improved and clearer internal guidelines for officers, enhanced IT systems to enable better tracking, and developing fund administration guidelines for management of programme vendors."

He added that officers responsible for the lapses are taken to task.

Even where there is no evidence of fraud or corrupt intent, Mr Tharman said an officer may face serious disciplinary action, such as having his salary increment withheld and his being debarred from promotion for a few years.