The parents of the boy who was mistreated by their maid when she tried to retrieve a medical device stuck in his throat have turned to crowdfunding to raise money for an expensive new treatment for his condition.

The boy, who is now five, suffers from Type 1 spinal muscular atrophy, a neuromuscular disorder, and is bedridden, requiring continual ventilation and oxygen support.

His parents hope to get him a new treatment, Spinraza, which was approved by the United States' Food and Drug Administration last December.

Describing it as "among the most expensive drugs in the world", The New York Times reported that Spinraza - developed by pharmaceutical firm Ionis and licensed by Biogen - costs more than $1 million for the five or six injections required in the first year of treatment.

Subsequently, three injections are needed per year for an annual amount of about $522,400. 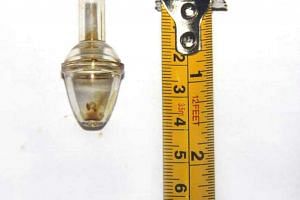 Spinal muscular atrophy patients that were given Spinraza - which is injected into the fluid surrounding the spinal cord - showed improvements in motor abilities such as crawling and standing with assistance. The drug also helps slow down or stabilise the progression of the disease.

Spinraza is currently not available in Singapore. The appeal page on crowdfunding site Give.Asia states that the boy's parents have requested the help of neurologists from KK Women's and Children's Hospital to bring the treatment here.

Neither they nor their son can be named because of a court order, although they are open about themselves and their story on the crowdfunding site.

So far, more than $50,000 has been raised in two weeks. The boy's father told The Straits Times he is "hopeful" they can raise what is needed for the treatment.

"I will take him to the US if it's not available here," he said.