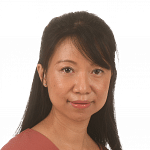 SINGAPORE - Make family time all the more special with these ideas and activities.

Challenge your kids to games of Score For Singapore and Bola Counting. Or round up their friends at the playground for a match of Lion And Chicks, a local twist to the nostalgic game Eagle Catches Chicks.

These are among the creative ideas in 57 Kampung Games, a free activity guide for families with young children.

They are selected from 208 submissions from teachers and pre-schoolers, as well as individuals from the sporting fraternity - including Team Nila volunteers, SportCares youth and national athletes.

GetActive! Singapore Nurture Kids Festival had called for entries in June to give a new twist to traditional kampung games. The aim is to encourage more regular physical activity and social interaction through fun games among pre-school children.

The winning entries were chosen for their elements of creative game play, opportunities for teamwork and elements of Singapore's heritage.

View or download this free activity guide here. You can scan QR codes to watch videos of how to play each game or read the instructions.

Here is one for Hello Kitty fans this Mid-Autumn Festival. Gift them the limited-edition Hello Kitty Tote Bag Set ($78.80), which includes four pieces of mooncakes.

The biggest highlight from this set is arguably the red crWatcossbody bag with top handles, which is perfect for carrying mummy's essentials like a wallet, mobile phone and water bottle or the kid's tuition material.

These are available till Sept 10 at Cheers and FairPrice Xpress stores. For details, go to this website.

What happens when Sam Greenfield, an 18-year-old who is always down on her luck, meets Bob, a lucky black cat? It sets the premise for Luck, a charming animated film now streaming on Apple TV+.

Bob accidentally leads her to his home, the Land of Luck, where humans are not allowed. She must now unite with him and other magical creatures there to turn her luck around.

The movie boasts some big names, including Academy Award-winning actors Jane Fonda and Whoopi Goldberg, who lend their voices to two formidable Land of Luck personalities.

Between the laugh-out-loud and misty-eyed moments, highlight Sam's positive attitude to your kids as you watch the film together.

Despite her bad luck, she does not let unfortunate and difficult situations get to her and ultimately finds peace within herself. Her grit and resilience provide a valuable lesson for all.