After kicking a 30-year drug habit, this advocate with the Central Narcotics Bureau is sharing his experience to help the young make the right choice

By the time he was about 15, Vincent had been abusing drugs at least once a day.

These included cannabis or marijuana and heroin that he and his friends pooled their money to buy. They would then consume these in a tree house in their kampong or the car parks at shopping malls.

Now a 62-year-old father of three grown-up children, Vincent recalls: "This was in the early 1970s and amidst the hippie counterculture period. I had started smoking, listening to rock music and drinking alcohol. Naturally, drugs came along as well. I enjoyed partying and getting high every weekend."

The high life, however, didn't last long. By 1979, Vincent - whose father, uncle and aunt were drug abusers, too - was arrested by the Central Narcotics Bureau (CNB). This resulted in his first admission to the Drug Rehabilitation Centre (DRC).

Over the next nine years, Vincent would be in and out of the DRC a total of five times. He decided to stay drug-free from 1988 but was incarcerated again in 2003 for 23 months because he "could not resist the temptation of drugs".

"Looking back, I was struggling with my addiction from 1973 to 2003," says Vincent, who admits that even before he had turned 30, his life was already in a derelict state.

Turning point in his life: saying "no more" to drugs

After his sixth sentence at the DRC was meted out in 2003, he told himself that enough was enough and that he needed to stop wasting his life. This was when he decided to shift his focus to religion and abstain from drugs.

It also helped that, by this time, he had met his second wife Jessica, a homemaker, in church. They were married in 1991 and she was aware of his drug history as he did not want to hide it from her. When he went back to drugs again, she did not leave him. Instead, she visited him regularly in prison while caring for their three young children herself.

No one becomes an addict overnight, and everyone who succumbs inevitably loses the fight against drugs and their addiction. No one comes out of this unscathed.

For the last 18 years, Vincent has stayed focused and drug-free, thanks to the support of his church leaders and friends, mentors and his family - wife Jessica, their 28-year-old daughter and two sons, now aged 22 and 25.

His children were in primary school when he plucked up the courage to confess his past to them at the dining table one day. It was not an easy thing to do because he was worried that they would not understand his predicament. His kids, he says, were silent as they listened to him recounting the helplessness he felt from "being caught in the vicious cycle of drug addiction".

However, his religion taught him that he should be truthful with his family and so, sharing his past with his children actually brought relief to Vincent as he no longer had to hide secrets from them. He also knew that this could become be an important opportunity for them to learn from his mistakes and be aware of how drugs could destroy one's life.

Sharing his life experiences with the next generation

Vincent is now a liaison and training manager with The Helping Hand, a Christian halfway house, and a bible teacher. He also preaches to offenders at the DRC and is an advocate with the CNB.

It was through The Helping Hand that the CNB contacted him and asked if he would like to work with them by conducting anti-drug talks and sharing sessions for students, youth, working adults and parents.

Vincent was happy to take on the role of an advocate with the CNB as he wanted to work with young people who reminded him of himself when he was their age. He also wanted to be a good role model for the next generation.

Generally, once a month, CNB invites Vincent to give talks in schools and to their heads of departments. He also speaks with parents of vulnerable youth.

At The Helping Hand, he counsels residents and teaches classes on addiction almost every day. These talks are for both small groups as well as for the public, and the audience members may include vulnerable youth, former offenders and ex-addicts, from those in their teens to even those in their seventies.

In Singapore, the controlled drugs more commonly abused by youth are cannabis, heroin, methamphetamine, new psychoactive substances (NPS) and inhalants. These younger drug abusers have a misconception that methamphetamine, cannabis and NPS are less harmful and addictive than "traditional" drugs like heroin and opium. On the contrary, abusing these drugs can also lead to addiction and a host of health problems, including brain, liver and kidney damage.

What should I do if my child is thinking of taking drugs?

Vincent says that parents should look to credible sources for information and resource toolkits, such as CNB's website, so that they can be in a better position to advise their children. Next, make the time to have a heart-to-heart talk with them.

"This does not mean lecturing and talking down to them - without understanding what they may be going through," he advises.

Parents should look out for both physical and emotional signs, too. "Your child may lose interest in eating, exercising and dressing up, and may look tired all the time. There may also be a sudden change in social behaviour and he or she may keep to a very small, exclusive group of friends and always ask you for money."

Vincent, who now has rheumatoid arthritis, is himself feeling the damaging effects that drugs have wreaked on his body. "I feel that I am being punished now for what I did back then. I am weaker both physically and mentally, and my health has suffered."

As an advocate, he tells his audience about the hardship he experienced when he was hooked on drugs and when he was imprisoned, and how they must have the courage to say "no" to drugs and stay strong in the face of adversity.

To anyone who's tempted to take drugs, Vincent has this to say: "Anything that promises pleasure is very attractive. There is always a price to pay."

If he could go back in time, he would treasure relationships with his loved ones and focus more on his studies instead of giving into drugs and destroying his health over the years.

"No one becomes an addict overnight, and everyone who succumbs inevitably loses the fight against drugs and their addiction. No one comes out of this unscathed. This has destroyed so many innocent lives. You need to be very clear in the head that drugs are harmful and addictive."

The Anti-Drug Abuse Advocacy (A3) Network was launched in 2016 by the National Council Against Drug Abuse (NCADA), supported by CNB. The network unites passionate individuals from different walks of life to educate and empower them to advocate for a drug-free Singapore. If you are interested in doing your part for anti-drug advocacy, e-mail Secretariat@ncada.org.sg 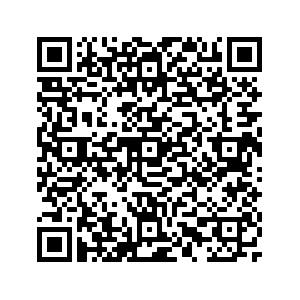 Scan the QR code above for the Parents' Info Brochure 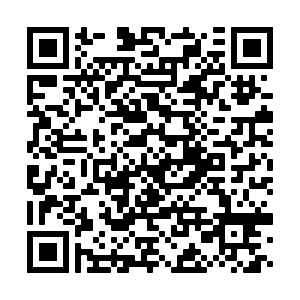 Scan the QR code above for the Parents' Resource Toolkit

Stand a chance to win an exclusive goodie bag of exciting collaterals! Visit the "Make The Right Choice" microsite and tell us what are the three most common drugs abused by new abusers arrested in 2020. Submit your entries to CNB_Community_Partnership@cnb.gov.sg