New higher-value roles will pay 50% more on average than the 23,000 jobs displaced over next 8 years: Study

More than 22,000 new jobs are projected to be created in the manufacturing sector in Singapore over the next eight years, such as for data scientists and robot coordinators, a new study has found.

These higher-value positions will pay on average 50 per cent more than current jobs displaced during this period, the study by the Boston Consulting Group (BCG) added.

Observers say a key challenge will be to seize this window of opportunity in the sector by equipping workers to acquire the skills to fill new places.

Manufacturing accounts for a fifth of the Singapore economy and the sector has been hit hard by the current slowdown, but recently it has shown signs of a comeback.

Disruptive technologies have also impacted the sector, with some 23,000 jobs forecast to be displaced by 2024.

Last month, Minister of State for Trade and Industry Koh Poh Koon said the Government will continue to invest in advanced manufacturing to position workers and companies for the future.

The Committee on the Future Economy, which will release its report early next year, has also identified advanced manufacturing as a key growth sector. 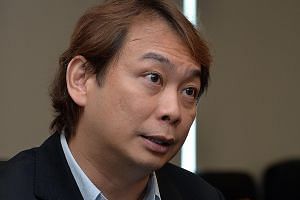 Manufacturers urged to join hands for next upturn

"If you do not manufacture the goods and services required by the world, and you just offer services, you can't play in the whole value chain any more and that weakens the entire construct of the economy," he told The Straits Times.

A key focus of the shift to higher- value manufacturing involves adopting Industry 4.0 technologies such as autonomous robots and cloud computing.

BCG's study found companies that adopt these will likely see revenues increase by some 10 per cent.

There will be spin-offs for the wider economy, as manufacturing output could go up by about 9 per cent, and labour productivity by some 28 per cent.

Said BCG partner and managing director Michael Meyer: "If we are able to capture that potential, we could see some revitalisation of the manufacturing sector."

The BCG study is based on case studies and data from 19 industries and assumes that firms with at least 500 full-time staff fully adopt Industry 4.0 technologies relevant to their industries over a 10-year period, while smaller companies see 60 per cent adoption.

Mr Michael Tan, a BCG principal and one of the study's authors, said it is important for Singapore to take advantage of the advanced manufacturing wave or it risks being left behind as other countries like Thailand catch up. He said: "There's a relatively short window of opportunity for a small, open economy like Singapore to catch this trajectory.

"In industries where Singapore is part of existing supply chains, if we're not careful, we could be displaced, but it also opens a window for us to capture things that we are currently not able to do here, if we can do them in a smarter way."

He added that companies should not underestimate the degree of change needed. "They may think it's just buying a new robot or software. But there's another set of investments in redesigning work processes, factories and the management process," he said.

Mr Albert Loh, chief executive of electronics manufacturer PTS Technologies, finds that the global shift to advanced manufacturing has worked to his advantage.

He saw his contract manufacturing work moving towards a dead end and, in 2012, his company started designing and making remote sensing technology for the agriculture sector, such as radio frequency identification trackers for farm animals and sensors that monitor temperature, humidity and soil conditions.

"We had to do a lot of training for staff. Engineers had to learn to work with new technology and marketing staff had to understand the new products," he added.

But it was worth it, as business went up by 10 per cent to 12 per cent, and he is trying to hire more staff to join his team of 23, he said.

A version of this article appeared in the print edition of The Straits Times on November 28, 2016, with the headline 'Over 22,000 new jobs likely in manufacturing by 2024'. Subscribe
Topics:
More
Whatsapp Linkedin FB Messenger Telegram Reddit WeChat Pinterest Print Purchase Article Copy permalink