The people interviewed for the oral history collections set the conditions for access to the recordings and the National Archives of Singapore is governed by these conditions, the NAS said.

In the wake of last month's apex court judgment on the transcripts of Singapore's first prime minister Lee Kuan Yew, an NAS spokesman told the Straits Times that its Oral History Centre "honours all interview agreements signed with the interviewees, and manages the access to these oral history collections accordingly".

A treasure trove of Singapore's social, cultural and political history is kept at the NAS in the form of oral history interviews.

The appeal court judgment centred on transcripts containing accounts of state affairs as observed and experienced by Mr Lee, who died in 2015.

He was the prime minister when he gave the interviews as part of a government oral history project in the 1980s. He also signed an agreement on the copyright and use of the transcripts.

As executors of their father's estate, his two younger children - Dr Lee Wei Ling and Mr Lee Hsien Yang - had applied to the High Court in September 2015 to seek a declaration that all rights to the interview transcripts belong to the estate following their father's death. They wanted the court to clarify the interview agreement he had made.

The court ruled that Mr Lee's estate is not entitled to use or have copies of the transcripts.

It also made clear that only Mr Lee, and not his estate, could grant permission for access to, supply of, or use of, the transcripts. One of the conditions he set was for access to be made possible only five years after his death, which will be from March 23, 2020.

Unless it can be shown that the late Mr Lee had given permission, the Government cannot grant anyone access to them now.

The transcripts were also likely to have fallen under the Official Secrets Act since they cover information Mr Lee had obtained owing to his position in government at that time, added the court.

The NAS spokesman explained that interview agreements may differ from person to person, noting that while most interviews can be freely accessed online, there may be instances where interviewees have specified an embargoed period for their interviews. 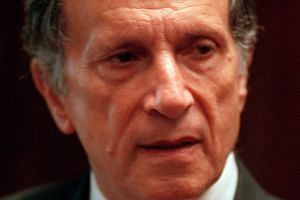 "For example, some of the interview agreements may stipulate that the members of the public could access the interviews only after a specified period of time has passed. Some would require written permission from the interviewees before access can be granted, while others may have restrictions which limit access only at the Archives Reading Room," said NAS.

As for ownership of the interview content, the NAS spokesman said: "NAS is an institution of the National Library Board, so the default copyright of the oral history interviews rests with NLB.

There are more than 4,000 oral history interviews kept at NAS. More than 3,200 can be accessed online on the NAS' Archives Online website.