What do CornerStone Wines, Roger&Sons and Aspial Corporation have in common?

They are all venerable Singapore companies that have swopped out their traditional-sounding names for new trendier ones.

Its managing director, Mr Clinton Ang, made the change as he felt the original Hokkien name might hamper the firm's efforts to expand into the regional market. 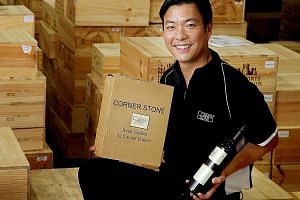 CornerStone for expansion of wine and spirits business 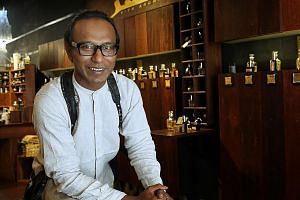 And Sia Huat, a 58-year-old distributor of kitchenware, is now better known for its retail outlets with the snappy name of ToTT (or Tools of the Trade).

They are among a wave of older firms in Singapore with new public faces - and new names to boot.

The number of such local companies rebranding themselves is not available. But experts such as Dr Prem Shamdasani, associate professor of marketing from the National University of Singapore's Business School, say that adopting a new modern and contemporary brand name is key to attracting a more diverse customer base.

One of the earlier ones to to do so, in 2001, was jeweller Lee Hwa Holdings, now Aspial Corporation.

It felt a Western-sounding name was more appropriate for its bid to expand globally. But it received some flak as critics questioned the need for a successful local company to adopt a Westernised image.

Whether a change of name works for a firm depends on factors such as its product category and, in the case of those expanding overseas, how well known the original brand already is in the foreign market, said branding specialist Samir Dixit, managing director of Brand Finance Asia-Pacific.

For instance, a product like the Axe brand medicated oil is so well known globally that it should retain basic elements of its look if it were ever to think about changing it, to retain its connection with customers, he said.

If a company has no brand equity overseas, then it is a blank slate, he said.

"For example, if it's a traditional Chinese medicine company, then it's good to have a name that has Chinese roots," he said.

Indeed, in staying true to its origins, food services company Sin Hwa Dee chose to retain the name of its brand of cooking sauces, Chng Kee's, even though it is often mispronounced by Europeans and Americans as "Cheng Kee's", said its director Claire Chng, who is in her 40s.

"A lot of brands struggle with having Oriental names. But we wanted to retain our authenticity," she said. The brand was named after her father and Sin Hwa Dee's founder, Mr Chng Kee, and its products are exported to more than 20 countries, including the United States.

The logo was designed to emphasise the "Kee's" part of the name for the sake of non-Chinese customers, she said.

For Roger&Sons, a more sentimental reason was behind the name change. It pays tribute to the founder of the firm, Mr Roger Yeo, who died in 2014, whereupon his three sons, Morgan, Lincoln and Ryan, took over the reins.

Said Mr Morgan Yeo: "We decided on Roger&Sons when my dad was diagnosed with terminal cancer and we really wanted to tell him that no matter what happened, the family will be together and that the company will go on."