A new retirement plan to help Singaporeans cope with the rising costs of living in their golden years is in the works, after the Government yesterday accepted fresh recommendations to improve the Central Provident Fund (CPF) scheme from an advisory panel.

In its second and final set of proposals, the CPF Advisory Panel also suggested creating a new, low-cost investment scheme which will give more options to investors who want to invest their CPF funds for higher returns but may not know how to do so.

"If I had to encapsulate what we're trying to do in one line: We are providing more choices to give you more control over your retirement plan," said panel chairman Tan Chorh Chuan.

The new CPF Life plan, which adds to the current two, will see monthly payouts increase by 2 per cent every year to keep pace with inflation. But those who opt for this CPF Life plan with "escalating payouts" will start with payments that are about 20 per cent lower compared to the current default plan.

Under the default option, the CPF Life Standard Plan, a CPF member with about $80,500 in his Retirement Account at age 55 can expect to receive $720 a month when he turns 65 for the rest of his life.

If the member chooses the new plan, he gets just $560 at the start. But the monthly payout will increase every year. 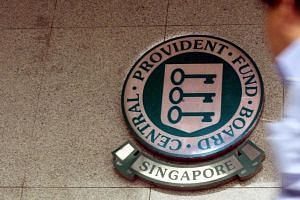 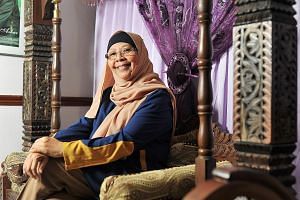 She is ready to take initial hit for escalating payouts 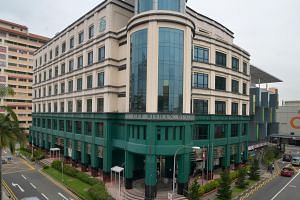 Those who want higher initial payouts under the new scheme can either top up their CPF Life premiums, or delay the starting age for payouts up to age 70.

The plan has been configured in this way to ensure that the system remains sustainable, said Prof Tan.

The panel, which was appointed in September 2014, came up with the latest proposals after consultations with industry players and more than 1,000 Singaporeans over focus-group discussions, telephone polls and through written feedback.

Manpower Minister Lim Swee Say yesterday accepted the recommendations on behalf of the Government and thanked the panel for its work. Noting that the panel had been given a complex task, he described its recommendations as "both elegant in their simplicity and far-sighted".

He added that the Government will "proactively promote awareness and understanding of these new CPF options so that members can make informed decisions to better meet their retirement needs".

The Ministry of Manpower and CPF Board will work towards implementing the recommendations in stages, which panel members said could take "a few years".

NTUC assistant secretary-general Cham Hui Fong welcomed the recommendations, saying they were "in line with our call to provide members with more options and flexibility" to better meet different retirement needs.

The 13-member panel submitted the first set of recommendations, including allowing lump-sum withdrawal at age 65 of up to 20 per cent of CPF savings, in February last year and they have been implemented.