The sandy field issue at the National Stadium was down to unforeseen problems, said the Singapore Sports Hub. Give us time and it will be fixed. The same mantra was repeated with the leaky roof.

But when there is a question mark hanging over the staging of the National Day Parade (NDP) at the very venue built in part to showcase the nation's annual extravaganza, alarm bells must ring. For unlike a substandard pitch or leaky roof, the inability of the hub's bigwigs and the Government to see eye to eye on a national project that was always on the cards goes beyond aesthetics.

It hints at problems that go much deeper, perhaps of a disconnect between the two sides over how the project's public-private partnership (PPP) should be working out, or even how it is being managed. 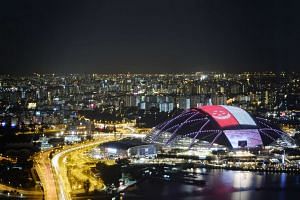 NDP 2016 will be held at National Stadium, Sports Hub and NDP exco confirms 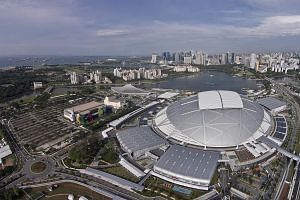 Is the Sports Hub pricing itself out of the game?

The staging of the NDP at the stadium is a clause worked into the contract the Government signed with the Singapore Sports Hub Consortium (SSHC). When it was announced in 2008 that the SSHC had beaten two other groups to design, build, finance and operate the project for 25 years, government officials were already envisioning the first NDP under the dome. Yet, seven years on, plans to host next year's NDP have hit a speed bump, with costs threatening to derail plans. Under the contract, in return for a monthly unitary payment throughout the project's 25-year term, the Government gets, among other things, 45 days' free usage of the stadium to stage the NDP. NDP organisers have requested 35 more days but were quoted $26 million for leasing the venue - a figure now reportedly reduced to $10 million.

Given the project's PPP nature, it is not wrong for the SSHC to place commercial interests as its main focus. But when news of NDP plans hitting a snag coincides with a threadbare 2016 schedule and potential partners lamenting the stadium's high rental cost, questions have to be asked of the model.

The Government's marriage with the SSHC is still in its infancy. It would be in the best interests of both parties to iron out the issue quickly, or the next two decades could prove challenging for a national icon.