SINGAPORE - The leaders of the National Council of Churches of Singapore (NCCS) have issued a letter on Monday (Sept 11) advising its members to exercise "careful discernment" in inviting foreign preachers to speak in Singapore, so as to "preserve the harmonious religious environment that currently exists in our nation".

MHA said that the duo had made "denigrating and inflammatory comments of other religions" in the past, and so had their short-term work passes to speak here denied.

In a letter addressing its pastors and members, NCCS said that there is a "need for vigilance by our respective churches to assess and induct those we invite to preach and teach our people".

This was because "religious polarisation can so easily be exacerbated by sweeping and insensitive statements, more so by leaders and preachers who are not familiar with or appreciative of the fabric of inter-faith relations we have built up in Singapore over the years", said the letter signed by NCCS president Rennis Ponniah and general secretary Ngoei Foong Nghian. 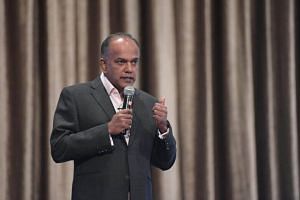 Applications by 2 Christian preachers to speak in Singapore rejected, both had denigrated other faiths

The leaders added: "We take this opportunity to advise the pastors of our member churches to exercise due diligence and careful discernment when inviting foreign guest preachers to minister in their congregations."

One of the preachers denied entry described Allah as "a false god", and called for prayers for those "held captive in the darkness of Islam", MHA said.

The other preacher referred to "the evils of Islam" and "the malevolent nature of Islam and Muhammad".

Such teachings are unacceptable in multiracial, multi-religious Singapore, said MHA.

They had applied to the Manpower Ministry for their Miscellaneous Work Passes, which are for foreigners who speak at seminars and religious workers.