SINGAPORE - The National Council of Churches of Singapore (NCCS) said in a statement on Thursday (Sept 13) that it does not support the repeal of Section 377A of the Penal Code, adding that it believes "that the homosexual lifestyle is not only harmful for individuals, but also for families and society as a whole".

Although not enforced, Section 377A criminalises sex between men.

The council, which represents about 200 churches, said it agrees with the 2014 ruling of Singapore's apex court that Section 377A is constitutional and "supports the Government's decision to retain it". The statement goes on to say that the Bible "clearly and categorically prohibits homosexual behaviour because it is a perversion of the way in which God has ordered human sexual relationships".

"The repeal of Section 377A would result in the normalisation and promotion of this lifestyle, which in turn would lead to undesirable moral and social consequences, a slippery slope as seen in some countries taking this step."

The Straits Times reported this week that a disc jockey has filed a court challenge against Section 377A in the Singapore High Court, days after India's Supreme Court struck down a similar law. That decision sparked a renewed debate on the legislation here, with camps on both sides launching petitions either to keep the law or repeal it. A recent survey by Ipsos Public Affairs, an independent market research company, found that 55 per cent of the people in Singapore support Section 377A, while 12 per cent said they opposed it.

NCCS said in its statement: "Above all, the council urges Christians to pray that God will protect the institutions of marriage and family because they are indispensable for the well being of the future generation and the flourishing of our society."

The Alliance of the Pentecostal-Charismatic Churches of Singapore, which has about 50 churches, in a statement said 377A must remain. 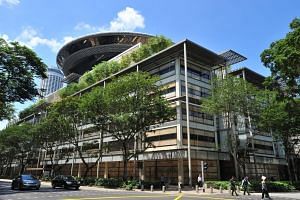 Singapore DJ files fresh court challenge against Section 377A, arguing it is unconstitutional 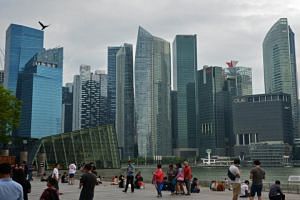 55 per cent of Singapore residents support Section 377A: Ipsos survey

It said while many cosmopolitan cities have prided themselves on their quick adaptation of popular views and culture, "Singapore is a nation that remains unique in its strong preservation of family values - including its view on marriage as a union between a man and a woman".

Its chairman Reverend Dominic Yeo added that families form the fabric of Singapore's society and that constitutions and laws have been established to guard the sanctity of marriage and to build the family unit.

He said: "When viewed in relation to Sections 375 through 377C, Section 377A serves a broader purpose of setting a moral position with regard to sexual activities and relationships, and in turn strengthen the social fabric of society.

"A repeal of Section 377A on the basis of it being outdated and passé removes from consideration the reason for its genesis.

"The repeal of Section 377A is not without wider consequences, for it brings to question the legitimacy and morality of every act the Penal Code currently deems as an offence."

Rev Yeo added: "While our position may be viewed as 'conservative' or 'outdated', the church remains committed to upholding and promoting traditional family values that are the building blocks of our nation."

A petition to repeal the law has amassed almost 37,500 signatures since it was launched on Sept 9.

A petition to keep 337A has gathered more than 99,300 signatures since it was launched on Sept 8.