SINGAPORE - As a child, Ms Liyana Abdul Rahaim watched as her parents struggled financially to support the family, which included her wheelchair-bound intellectually disabled elder brother.

That experience spurred her to help people in need.

"Being part of a middle-income family trying to cope, I saw our struggles growing up. We had no financial assistance then and had to pay for the hospitalisation and rehabilitation of my brother along with our daily expenses. Because of that I want to help other families," said the 30-year-old, who has two children of her own now.

The Islamic Law and Jurisprudence graduate from Al-Azhar University in Egypt, who has worked with organisations such as help-group Mendaki and educational institution Simply Islam,  joined the Social Service Institute last year  to pursue a part-time course for a Diploma in Social Service. She is now a community engagement executive with the Islamic Religious Council of Singapore (Muis).

The award is for students pursuing social work and studies who, upon graduation, contribute to the development of the Muslim community, said Muis chief executive Esa Masood in his opening speech at the symposium.

Last year, Muis announced that it had set aside $150,000 until 2020 for the award. Bursary distributing organisation Lembaga Biasiswa Kenangan Maulid (LBKM) administers the funds. 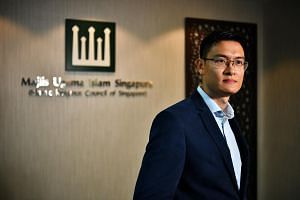 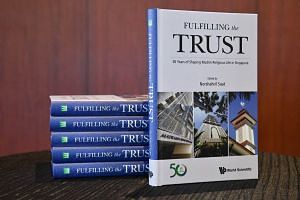 Muis to continue close engagement with community over next decade

At the symposium, Muis also presented the Muis50 Contemporary Madrasah Leader Awards to six individuals who contributed towards the progress and achievements of madrasahs.

All had served as chairmen, committee members or principals of madrasahs for a continuous period of at least 15 years.

Among them is the chairman of Madrasah Al- Ma'arif's management committee, Mr Ma'mun Suheimi, 76. A Muis council member from 1995 to 2004, he continues to champion Madrasah development and education.

He said: "Madrasah education is progressing all the time, it is not static, it is something that should continue to evolve to cater to the current generations and future generations. For example, learning IT is important, e-learning is important."

In his opening address, Mr Esa said the award recipients had improved Islamic education in Singapore.

"They drove initiatives in the early years and some continue to contribute in different capacities to the madrasah sector today," he said.

Muis figures show that 96.8 per cent of the 251 Singaporean madrasah students who sat for the PSLE in 2018 could proceed to secondary school.

The guest of honour at the symposium was Minister-in-charge of Muslim Affairs and Minister for the Environment and Water Resources Masagos Zulkifl.

He said: "We are very fortunate to have the local madrasah system which existed even before independence when the British were here. And they have been producing religious teachers suited to the needs of our local community."