Muslim leaders here have called for a scheme that endorses religious teachers to be made stricter, amid the spread of extremist ideology on the Internet that has led to the radicalisation of some Singaporeans.

They want all asatizah to be registered with the Asatizah Recognition Scheme (ARS), started in 2005 to help Muslim Singaporeans assess and recognise qualified religious teachers.

About 20 community and religious leaders asked for the scheme to be made mandatory yesterday at a closed-door dialogue with Minister-in-charge of Muslim Affairs Yaacob Ibrahim and Environment and Water Resources Minister Masagos Zulkifli, where they discussed issues such as the economy and the threat of terrorism.

Their call comes a day after the Government announced the detention this month of two Singaporeans who planned to travel to Syria to fight with terror group Islamic State in Iraq and Syria (ISIS).

Since January last year, eight citizens have been detained under the Internal Security Act for terror activities, and five were placed on Restriction Orders. 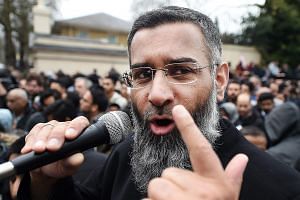 End of the line for British hate preacher

Many of them had been radicalised through the extremist teachings of foreign preachers they came across online.

Islamic Religious Council of Singapore (Muis) chief executive Abdul Razak Maricar told reporters after the dialogue: "It will be an important assurance to the community that the young get guidance on religious matters from those who are qualified to teach the religion, particularly in the context of a multi-religious Singapore."

Agreeing, Madam Rahayu Mohamad, president of the Singapore Muslim Women's Association, said parents will also be more confident about sending their children to madrasah, or Islamic religious schools if all religious teachers are certified.

Currently, 80 per cent of asatizah here are under the ARS, which has certified 1,700 religious teachers.

Muis is working with the Asatizah Recognition Board and the Singapore Islamic scholars and religious teachers association (Pergas), which oversee the scheme, to reach out to asatizah who are not certified, including older teachers who may not have had structured religious education, and informally trained younger teachers.

The recognition board's chairman, Ustaz Ali Mohamed, said graduates of religious studies come from various schools, including overseas universities, and there was a need to ensure they have a vision of Islam that is compatible with Singapore as a secular state. "The ARS helps to ensure that our asatizah avoid being influenced by external influences that are extremist and exclusivist in nature," he added.

The two men detained this month had listened to a Batam radio station that aired programmes preaching that Muslims should keep away from those who do not share their views.

Religious leaders here have emphasised the need for religious teachers to be aware of local sensitivities.

The Muslim community is looking at setting up an Islamic college here to produce home-grown religious leaders who are grounded in Singapore's unique multiracial and multi-religious society.

The plan to expand the ARS was first announced earlier this month by Dr Yaacob, who is also Minister for Communications and Information.

Ustaz Pasuni Maulan, a senior scholar with Pergas, said a small minority of religious teachers may be unreceptive due to a lack of awareness. But he added that they will see a need to come on board when they realise they can upgrade themselves through ARS programmes.

Association of Muslim Professionals chairman Abdul Hamid Abdullah said encouraging all asatizah to be certified will "clearly signal, not just to the Muslim community, but to the rest of the communities in Singapore, that we are concerned about getting the right, credible people to teach religious teachings".

A version of this article appeared in the print edition of The Sunday Times on August 21, 2016, with the headline 'Muslim leaders call for all Islamic teachers to be registered'. Subscribe
Topics:
More
Whatsapp Linkedin FB Messenger Telegram Reddit WeChat Pinterest Print Purchase Article Copy permalink