SINGAPORE - Although the proportion of juveniles who return to crime has declined, it is still too high, said Minister for Social and Family Development Desmond Lee.

To address the problem, an inter-ministerial committee will be set up to suggest how these youngsters can be given greater support to help them mend their ways. It comprises officials from the Ministries of Education, Home Affairs as well as Social and Family Development (MSF).

Explaining the move, Mr Lee said that every youth that slips back into crime is one life wasted.

"It's not just numbers, these are lives you are talking about. So we shouldn't rest on our laurels and say, Well, our recidivism rate is pretty low, so let it be," he told reporters on Tuesday (Jan 2) when he unveiled several major plans of the MSF.

Latest figures show that among those who had completed rehabilitation in 2011, 16.7 per cent re-offended within three years. This is a drop from 20.3 per cent among the 2007 cohort that was tracked for three years until 2010. These juveniles were aged between seven and under-16.

A similar pattern was seen among offenders below age 21.

One reason for the slide is better community and school support available for these youth, said Mr Lee, who took charge of the ministry last September.

Another area he will focus on is boosting data sharing and coordination between the MSF and other agencies and streamlining processes to better help needy families. Ideally, this could shorten waiting time for these aid-seekers.

Another area being revamped is the provision of services to young offenders and at-risk youth. This will be centralised, and the MSF is in the process of appointing nine youth work organisations to run these services.

Each of these Integrated Service Provider (ISP) would run a suite of services for troubled youths living in their region. They will be rolled out in April (2018).

In his first extensive interview since he took over the MSF from Mr Tan Chuan-Jin, who went on to be Speaker of Parliament, Mr Lee said he had spent the past months listening to colleagues and those on the ground, and familiarising himself with his new portfolio.

Asked if his appoinment took him by surprise, Mr Lee, who described himself as "a bit quiet", said: "We will serve in the way we are asked to serve."

He spoke to the media after touring the PAP Community Foundation's pre-school in Marsiling.

Early childhood education is one area close to his heart, said the father -of-three whose youngest child is aged four.

He reiterated that the Government will, by 2023, double its annual spending on the pre-school sector to $1.7 billion as well as add another 40,000 childcare places.

On youth offenders, he acknowledged that getting them to stay out of trouble is not easy, even after intensive counselling and intervention. 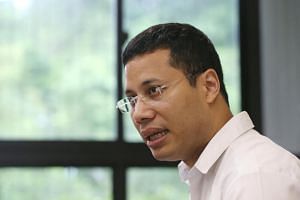 One crime of concern is drug-taking which can be a "pernicious" habit to shake off, Mr Lee said.

Social workers interviewed say youths tend to re-offend when they continue to mix with bad company and do not get support and guidance at home.

Added Ms Tan Bee Keow, director of youth service at Singapore Children's Society: "They may also lack constructive activities to occupy themselves in their free time. An idle mind is the devil's workshop."