Travel agents say bookings are up due to proximity to Valentine's Day, strong dollar

More people are opting to travel overseas during the Chinese New Year break this year compared with last year as this year's festivities fall in February instead of January.

Travel agencies said that vacationers had more time to recover after the new year as well as plan their next holiday if they had already travelled in December.

They added that many had booked medium-to long-haul trips to popular destinations, including Japan, Australia, Europe and South-east Asia.

Ms Alicia Seah, marketing communications director at Dynasty Travel, said that her firm has seen demand increase by about 15 per cent, with many young couples also travelling for Valentine's Day.

"Travel has become a lifestyle for Singaporeans. With our strong dollar, and with overseas travel during Chinese New Year being a tradition for some... the festive reunion for the family has taken a different form," she said.

Chan Brothers marketing communications executive Justine Koh said that the agency is expecting at least 10 per cent more people to travel this year compared with last year, and that some of its customers made bookings as early as last June.

If you booked last October for a February trip to Bandung, tickets would have been about $200. If you book them now, they're about $599.

Referring to the strong Singapore dollar, she said: "Singaporeans latch on especially quickly to currency fluctuations to save on shopping and dining."

Most of Chan Brothers' Chinese New Year trips this year are fully booked.

Another travel agency, Hahnemann Travel, told The Straits Times that its tours had been booked as far back as last September and were fully booked by November.

The rising tide of travellers has also impacted boutique agencies like Quotient TravelPlanner - which specialises in bespoke tours. Co-founder Lim Hui Juan said that it has received "a handful of bookings, slightly more compared with last year".

Travel agencies said that it was not too late to try and book a trip during the Chinese New Year period, although travellers should be prepared to pay a premium. 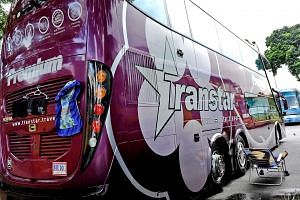 Hahnemann Travel's IT manager, Mr Shawnz Hahnemann, gave this example: "If you booked last October for a February trip to Bandung, tickets would have been about $200. If you book them now, they're about $599."

Madam Pauline Pun's family is one of those taking advantage of the coming holidays to make a trip.

On Feb 15, the eve of Chinese New Year, she will travel with her 21-year-old son and eight other relatives to Japan for nine days, where they will explore Waka-yama prefecture in the winter.

They booked the trip six months ago and received an early bird discount with Dynasty Travel.

"We will do our reunion dinner overseas and then give hongbao (red packets) to each other there...

" We don't mind celebrating Chinese New Year in Singapore, but after a few days of visiting and eating, it's all the same, so why not make use of these few days of holiday to go on a break?" she said.