SINGAPORE - More consumers and companies have chosen to go for mediation last year to settle disputes between them through the Consumers Association of Singapore (Case), with the amount of money it helped to wrangle back for consumers remaining steady.

There was also a rise in the number of resolved cases from 94 in 2014 to 145 in 2015, the consumer watchdog said. This meant the resolution rate for mediate cases rose slightly from 75.2 per cent to 76.3 per cent last year.

Case said the rise in the number of mediation cases and slight increase in the resolution rate "is encouraging because it shows that more consumers and businesses are willing to explore alternative dispute resolution as a way to resolve their disputes".

The sector that had the highest number of cases mediated last year was the contractor industry, followed by the beauty and motorcar sectors. In 2014, the motorcar sector was No. 1. 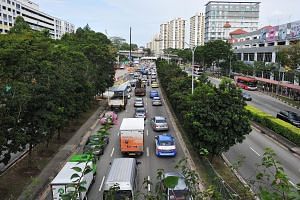 The complaints for the contractor industry were generally on delays in completion of works and poor workmanship. For the beauty industry, it was pressure selling tactics and the ineffectiveness of treatments. Defective cars bought was the top reason behind most of the complaints for the motorcar sector.

The electronics industry also had the the largest spike in the number of mediated cases in 2015 though it still trailed behind the motorcar sector.

"Case mediation is a simpler, inexpensive and faster alternative to litigation. Each party is able to have a greater say in the negotiations and more control over the outcome of the mediation. Furthermore, all mediation cases and settlement will be kept confidential at the end of each session and are out of the public eye."