Ms Yap was thought to be missing after she and her mother, Madam Foo Li Kheng, 61, left for Romania without informing her father, Mr Yap.

The mother and daughter were uncontactable for more than 10 days, and the Ministry of Foreign Affairs was helping to search for them.

It turned out that Ms Yap had left for Bucharest on Jan 22 to meet her Romanian boyfriend for the first time, with her mother accompanying her.

Mr Yap has since spoken to his wife on the phone.

Ms Yap and Mr Donea had been in a long-distance relationship for more than two years.

The two got to know each other because of manga, and both their YouTube accounts are updated frequently with manga-related videos and songs. 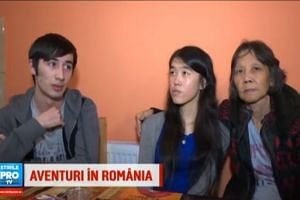 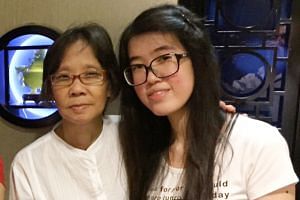 Woman and mum missing while on mystery Romania trip

Ms Yap and her mother are now living with Mr Donea's family in Vulturesti, a village commune in Olt County about 150km from Bucharest, Romania's capital city.

Mr Donea told local media that Ms Yap kept her plans to go to Romania quiet as she thought her father would object.

"She did not want anyone to know she was coming to Romania because she wanted to avoid all the problems," he said.

He added that he hopes to marry Ms Yap in the next one to two years and emigrate to the United States.

Mr Donea's father said: "They don't know what will happen next, but they love each other, that is the most important."