SINGAPORE - Defence Minister Ng Eng Hen announced on Monday night that his ministry should waive the legal costs that the family of full-time national serviceman Dominique Sarron Lee has to pay, after the High Court threw out its lawsuit against the Singapore Armed Forces and its two officers.

The court had ruled last Thursday (March 3) that Private Lee's family had to pay costs of $22,000 to the three defendents.

But Dr Ng said in a Facebook post that Mindef  “should waive the costs to the family”. 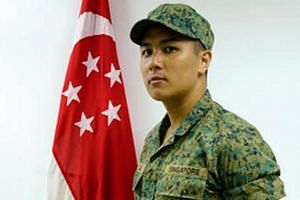 He explained that while the High Court’s judgment in awarding Mindef costs is based on sound legal grounds and precedents, there was no need to “add to the pain and anguish of the family of the late Pte Lee”.

Dr Ng added that the SAF “must learn from every accident, fix lapses and improve”.

“This is the way we honour all those who have given their all to build a strong and honourable SAF,” he said in his note, which he also sent to staff of his ministry and the SAF.

"When emotions are running high, we must respect the decisions made by our Courts, who have come to an objective and impartial assessment given all the facts," said Dr Ng, adding that a Coroner’s inquiry has ruled on the cause of Pte Lee's death.

"We should also emphasise to our SAF commanders that they should continue to train their men professionally, with due regard for safety regulations. I know that our commanders care for their men and that no one wishes for their trainees to be injured or worse still, face death."

Earlier on Monday, the Singapore Army revealed that two Singapore Armed Forces officers were convicted by the military court for being negligent during a 2012 training exercise, in which Pte Lee died after an allergic reaction to smoke grenades.

The army also pledged to "remain committed" to assisting and providing support for Pte Lee's family.

"Since the incident, welfare grants have been disbursed, and an offer of compensation has been made to the family, based on the full extent allowed by the compensation legislation," Brigadier-General Chan Wing Kai, commander of the army's Training and Doctrine Command, said in a post on the army's Facebook page.

BG Chan also sought to clarify issues that have been raised in a public outcry after the High Court last Thursday (March 3) struck out a lawsuit brought against the SAF and two officers by Pte Lee's family. The court also ruled that Pte Lee's family has to pay costs of $22,000 to the three defendants.

After the High Court's decision, Pte Lee's mother, Felicia Seah, put up a Facebook post which triggered an outpouring of sympathy from the public, calling for more to be done to press charges against the defendants.

BG Chan said that the SAF took "administrative and disciplinary action against the two officers".

Noting that while a Coroner's Inquiry and an independent Committee of Inquiry "did not find that the two officers were directly responsible for Pte Lee's death", they were convicted in a summary trail "for negligent performance of lawful order or duty, found guilty, and punished according to military law".

He said that the coroner had noted that Pte Lee "had under played and under declared his asthmatic condition".

BG Chan also said that Pte Lee had died of "an unforeseen acute allergic reaction" to the smoke grenade fumes.

"As Pte Lee's acute allergic reaction to the smoke grenades thrown by the Platoon Commander was not reasonably foreseeable, no criminal charges were brought against the two officers," explained BG Chan.

He said that none of the other asthmatics in the same platoon reported any adverse outcome from the exercise or exposure to the smoke, adding that the smoke grenades which produce zinc chloride fumes have been in use by many militaries, including the SAF, since the 1970s.

"Pte Lee's death directly attributable to zinc chloride inhalation is the first on the SAF's records in over 30 years of use," he added.

While he did not disclose the compensation amounts paid to Pte Lee's family, BG Chan said that they are "generally two to four times that of amounts provided under the Work Injury Compensation Act for incidents arising from training and operations".

BG Chan said that before the most recent suit, Pte Lee's family had previously taken out a pre-action discovery application, which they subsequently withdrew. 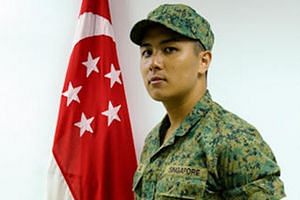 "The court had awarded costs to Mindef, but Mindef had waived the legal costs," said BG Chan.

He also refuted perceptions that SAF servicemen cannot seek legal recourse under military rules, saying that they "are incorrect".

Servicemen can, in fact, be charged and punished in the criminal courts for Penal Code offences of committing rash and negligent acts, "even during the course of their military duties", said BG Chan.

"The Attorney-General's Chambers (AGC), not the SAF, decides if the evidence warrants this course of action."

BG Chan reiterated in his post that "those responsible through their rash and negligent acts will be held accountable under our Military Court and Criminal Law Courts".

Following the incident, BG Chan said the SAF has beefed up training safety, like setting up of a Safety and Systems Review Directorate, convening a Respiratory Medicine Specialist Advisory Board to review medical classification on asthma, and deploying of more safety officers on the ground as full-time Unit Safety Officers.

BG Chan said that the SAF "values the life of every soldier and recognises that we are responsible for the sons of Singapore placed under our charge".

"We will uphold safety standards while ensuring that we build a strong National Service force able to defend Singapore."