Salaries propped up by shortage of specialised talent in key sectors, recruiters say

Wages for workers in Singapore are generally competitive compared with similar global cities, a survey has shown. The workers are generally paid more than workers in similar positions in Shanghai and Jakarta, as well as in Hong Kong for more specialised jobs.

But Singaporean workers are paid less than their counterparts in London and New York, according to a sampling of jobs from recruitment firm Robert Walters' annual salary survey. 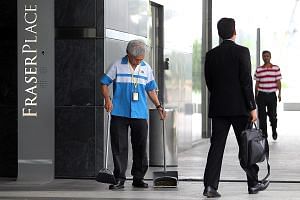 Salaries for Singaporeans have been held up largely because there has been a shortage of specialised talent in key sectors of Singapore's economy, recruiters told The Sunday Times.

Also, most companies are still willing to pay a premium for local talent as their language proficiency and exposure to diverse cultures are seen as assets for regional roles, said Ms Linda Teo, country manager for ManpowerGroup Singapore. 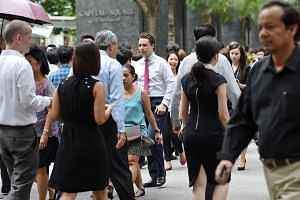 Grappling with productivity challenge over the decades

"For these companies, the increased cost of hiring locals is still less than the relocation investment to cheaper countries," she said.

Rising wages have not dented the country's competitiveness yet.

The nation has consistently ranked at the top of the Business Environment Risk Intelligence's Labour Force Evaluation Measure, which surveys the relative productivity of the workforce, legal framework, worker attitude and technical skills.

It also came in second in labour market efficiency - behind Switzerland - in last year's Global Competitiveness Report compiled by the World Economic Forum.

But Singapore's score did fall from 5.86 five years ago to 5.71 in this section of the report, which measures flexibility and efficient use of talent.

Other factors besides the characteristics of workers also come into play when global companies determine pay packages in different countries. Salaries can be heavily influenced by the cost and quality of living in each country, said Mercer's Asean talent information solutions business leader Kulapalee Tobing.

"Large populations in Jakarta and Shanghai may have high labour supply and hence lower compensation as compared with London, New York or Singapore," she added. 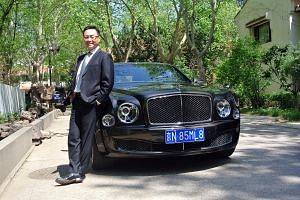 So for now at least, Singapore remains an attractive business hub overall.

Ms Lynne Roeder, managing director of Hays in Singapore, said: "We are still seeing multinationals, particularly within the life sciences and professional services sector, set up regional headquarters here due to the favourable business laws, extensive infrastructure and easy access to emerging markets in the region."

But this advantage will not last forever. Regional countries such as Vietnam and the Philippines are fast catching up, especially with a younger workforce and rising education levels, said Ms Teo.

"This large and better-educated workforce would no doubt be a strong pull factor for many companies, and this could potentially happen within the next decade," she added. "It is therefore critical that the (Singapore) workforce must transform themselves and compete on innovation and expertise."

How well are workers in Singapore paid?