Prime Minister Lee Hsien Loong yesterday addressed calls for some form of unemployment insurance by saying Singapore has something better.

It has schemes to help workers find jobs that are paid for not by workers or employers, but by the Government, he said.

Noting recent calls for some form of insurance for those out of work, Mr Lee said at the May Day Rally that MPs might raise the subject when searching for a topic to speak on because it is an "evergreen" one. 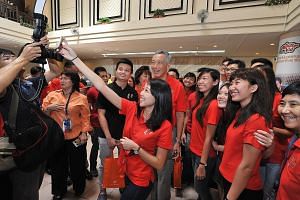 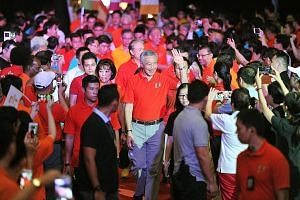 Bosses need to be bolder and work with unions

Instead, in Singapore, the Government funds programmes to support workers who are making an effort to get back into a job and who upgrade their skills to make themselves more valuable.

The secretary-general of the National Trades Union Congress said that it is better to focus instead on helping workers remain employable and relevant to the job market.

These messages come after a number of MPs called on the Government to look into retrenchment insurance to tide workers over in the current economic difficulties, during the debate on the Government's Budget last month.

Economists weighed in on how such a system could be worked out for the Singapore context.

Dr Chee said workers would pay a fee to be included and if retrenched, would get decreasing payouts for 11/2 years.

A version of this article appeared in the print edition of The Straits Times on May 02, 2016, with the headline 'PM: What we have is better than unemployment insurance'. Subscribe
Topics:
More
Whatsapp Linkedin FB Messenger Telegram Reddit WeChat Pinterest Print Purchase Article Copy permalink