SINGAPORE - The Ministry of Manpower (MOM) will step up enforcement efforts and conduct 250 more workplace safety inspections in the next two months, on top of the 500 inspections to be done from May to July that were announced earlier.

This comes after a bakery owner died after falling into a dough-making machine and a woman died in a cargo hoist accident this week.

Minister of State for Manpower Zaqy Mohamad said: "Some have labelled the recent accidents as freak accidents, but I say we should not accept such labels because we believe that all accidents are preventable."

He was speaking at the Total Workplace Safety and Health for Future of Construction Conference at One Marina Boulevard on Thursday (June 28), where he urged employers and workplaces to be more vigilant and to put the health and safety of workers first.

So far, 330 of the 500 inspections have been completed and four stop-work orders have been issued, said Mr Zaqy at the event organised by Singapore Contractors Association Limited and Singapore Institution of Safety Officers.

A total of 78 composition fines adding up to $86,000 have also been issued. Top contraventions include failure to ensure that means of access were clear of obstructions.

This year alone, 19 workers have died in workplace accidents, and five of these deaths occurred in the last week.

In the last two months, two commercial divers also died in the course of their work. 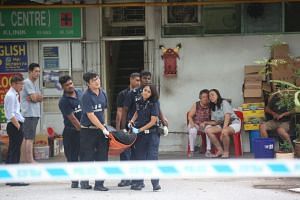 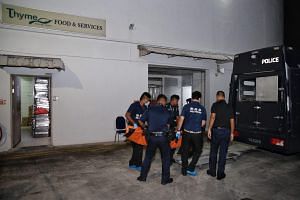 With reference to these deaths, Mr Zaqy said: "Compared to land-based workers, commercial divers have an added risk dimension simply because of the underwater environment they are subjected to."

In August, MOM will get feedback from the commercial diving fraternity as well as share the ministry's areas of concern, he added.

When interviewed, Singapore’s Commercial Diving Association chairman Abdul Malik says that in an industry with only 200 divers, fatalities hit hard.

Which other industry has a fatality rate of 1 per cent  per year?, he asked.

He added that while the diving industry already has codes of practices, mindsets are harder to change.

Mr Malik said: “The nature of work is such that when you sub contract the work, the companies look for the lowest bidder. The lowest bidder will then try to cut corners and meet deadlines.

“It is clearly stated in the code of practice that when one diver is in the water, five must be outside. But to save time, some (companies) will send all five divers in. Who is the rescue diver then?”

He said the association will send out a memo to members to urge greater precaution.

He said companies neglect safety as they put emphasis on completing the job faster or on time.  “But this is not an excuse as safety precautions and implementation should be planned at the initial stage of a project,” he added.

Workplace safety and health officer at construction firm Shimizu Corporation Victor Ng, 48,  was glad that inspections at work sites will increase. “It gives contractors some some pressure to be more alert,” he said.

He added that aside from penalties, providing incentives such as awarding and recognising contractors who actively try to create a workplace with zero accidents might help as well.