SINGAPORE - Parties directly involved in a major industrial accident, including the owner of the location where the accident took place, will be consulted by the Manpower Ministry (MOM) when it prepares its incident learning report.

Minister of State for Manpower Zaqy Mohamad announced on Tuesday (Oct 22) that new regulations have been gazetted to require such stakeholders to be consulted on the draft learning report.

Since last year, the ministry has been able to share recommendations and learning points from accidents before the conclusion of criminal proceedings, so that steps can be taken quickly to prevent further incidents.

The new rules formalise the learning report framework and incorporate feedback from employers who had expressed concerns about their identities or proprietary information being revealed.

The MOM will work with employers to identify proprietary information to exclude from the report, said a ministry spokesman.

However, the ministry may include certain information, such as the chemical component found in a mixture, that substantively contributed to an accident, she said.

Learning reports are not admissible in court proceedings. They do not name companies or individuals, and do not state liability.

The MOM spokesman said the first report is expected to be issued by this year.

Speaking to more than 300 local and international delegates at this year's Global Summit on Process Safety, Mr Zaqy said the introduction of incident learning reports is part of Singapore's Workplace Safety and Health 2028 strategies, which were announced in April this year. 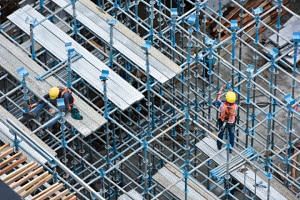 More workplace injuries in the first half of 2019, but fewer fatalities

One strategy is to deepen companies' ownership of workplace safety, such as through top managers allocating adequate and appropriate resources so that control measures can be effectively implemented, he said at the event at Resorts World Convention Centre.

Another is to enhance the focus on workplace health. "Workers staying fit and healthy can carry out their duties effectively and safely," said Mr Zaqy.

Hence, a tripartite guide on fitness for shift workers in process and storage terminal operations in the oil, petrochemical and chemical industries was launched in April to help employers.

A third strategy is to use technology to improve workplace safety. Some plant owners are already using wireless sensors to monitor confined space work in real-time to reduce risks to workers, while some use analytics to predict and identify abnormal incidents, said Mr Zaqy.

He announced that for companies with effective risk-based inspection or similar programmes to monitor the structural integrity of pressurised equipment, the MOM will extend the inspection interval for direct-fired steam boilers from two years, to up to five years.

This is among other enhancements the ministry is making to the Statutory Pressure Vessel Extension Scheme.

"We will continue to engage the industry and identify areas where we can readily offer support to promote the culture of risk prevention while meeting business needs," he said.

The energy and chemicals industry accounted for 28.5 per cent of Singapore's $342 billion manufacturing output and employed more than 25,000 workers last year.

"We should take this rise in the major injuries rate as a wake-up call and aim to do better," he said at the event co-hosted by the Singapore Chemical Industry Council and the Centre for Chemical Process Safety of the American Institute of Chemical Engineers.

"Also, any incident involving hazardous chemicals could have dire consequences to workers, workplaces and the community. Process safety is therefore of utmost importance."