Employers will no longer be allowed to safekeep money belonging to their maids, including paid salaries, from next year.

The Ministry of Manpower (MOM) will introduce a new work permit condition from Jan 1 to protect employers and foreign domestic workers (FDWs) from money-related disputes, the ministry said yesterday.

Employers found guilty of keeping money belonging to their maids can face a maximum penalty of a $10,000 fine and 12 months' jail.

Speaking on the sidelines of a Centre for Domestic Employees (CDE) event, Senior Parliamentary Secretary for Manpower Low Yen Ling said MOM received about 600 complaints a year regarding maids' salary issues in the past three years.

Said Ms Low: "We understand that some FDWs for various reasons wish for their employers to safekeep their monies and their salary. However, the MOM strongly discourages this practice.

"We hope employers can help their FDWs to open a bank account to allow FDWs to manage their own monies from their salary." She said this would minimise and prevent any unnecessary salary disputes.

In a statement, MOM said the practice poses inconveniences and risks to both parties as maids who have no direct access to their funds will have to approach their employers whenever they need the money.

Employers will also have to keep track of the amount of money to be returned to their workers.

The law requires employers to pay their maids' salaries in full and on time. 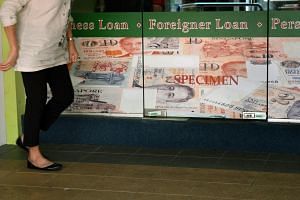 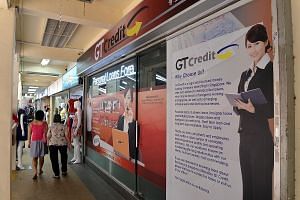 The new work permit condition follows an announcement last week that foreigners living in Singapore, including maids, will be subject to new limits on the amount of money they can borrow from licensed moneylenders.

In January, the CDE had called on the Government to make safekeeping of maids' salaries by employers illegal.

Said Ms Low: "After careful consideration, the MOM decided to heed their call."

At the CDE's event at Heartbeat @Bedok yesterday, CDE's executive director Shamsul Kamar said that since 2016, it has helped maids recover over $219,000 in unpaid salaries, including those with safekeeping arrangements.

"Salary disputes cause much inconvenience to our FDWs, as their family expenses back home would be affected if not paid," he said.

Since 2016, the CDE has also been advocating for electronic salary payments for maids. "We noted the FDWs also wanted a safe place to keep their money and this safe place is none other than the banks."

In December last year, the CDE embarked on a pilot project with POSB and maid agencies to help maids open POSB Payroll accounts. Since then, more than 5,400 accounts have been opened.

From today, employers will be able to help their maids apply for a POSB Payroll account and CDE membership as part of the work pass issuance process online.

This is applicable for newly arrived maids or those who are transferring to new employers and do not have a POSB account. The ATM cards will then be mailed to the maids.