It was his last day of class as an engineering student at Cambridge University and the students pelted their professor with paper darts. Former foreign minister George Yeo remembered watching it in bewilderment.

"Throwing paper darts at the professor? What is wrong with them?" he recalled thinking at the time.

But that incident, he said yesterday, shows how Western students "engaged freely", whereas "guai" (Mandarin for well-behaved) Chinese students would not want to make a professor "lose face".

Speaking to students and teachers at Hwa Chong Institution, Mr Yeo also shared another anecdote about his mathematics teacher at St Joseph's Institution.

The teacher had made a "fundamental error", and a group of his classmates urged Mr Yeo to point it out to him.

"I said, this is a very delicate matter. He is an old professor. So, I found a quiet moment, when he was talking about something else, to raise this gently to him. He was not quite happy, but because I was one of his better students, he listened and kept quiet.

"Face - is it good or is it bad? It is part of reality," Mr Yeo said at a dialogue on the wisdom of the East and West organised by Hwa Chong as part of its cente-nary celebrations.

In a 40-minute, off-the-cuff speech that covered the historical, cultural and philosophical differences between Eastern and Western societies, Mr Yeo gave several examples of the deep differences in world views between societies in the West and the East.

Today, the "twain was meeting", he said, noting that managing these differences was a key challenge.

To East Asian societies, those with cultures that have been strongly influenced by China - or what he called "chopsticks people" - notions such as "face" mattered. As a result, they spend a lot of energy thinking about how to manage relationships, he added. 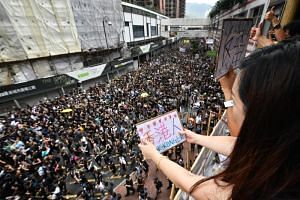 "I would never be invited to Hwa Chong by a simple e-mail or letter. A lot of time is spent by the school committee on who knows whom and how to get to that person, preferably through a person to whom the speaker can't say no," he said.

Another difference, he highlighted, is that in Chinese society, "li" (propriety) is adopted as the "organising principle". But in the Western world, especially the US, many decisions are made based on "fa", or rules and laws, Mr Yeo said.

From the congressional confirmation hearings of US Supreme Court Justice Brett Kavanaugh to the two-year Mueller investigation into Russian meddling in the 2016 US presidential election, "everything goes back to the law".

"The chopsticks people view all this with disdain, astonishment and awe. How can a leader of a country be subject to all these pressures and still be in a position to govern?" he said.

As for Singapore, Mr Yeo said its history is intertwined with both the East and West. Every Singaporean has multiple identities based respectively on race, religion, nationality and more.

"If we can't accept each other for what we are, not only to tolerate but sometimes to celebrate our other identities, then how can we live in harmony?

"There must be a humility to see in the other person an identity with as old a history as my own, which has its good points and its own wisdom, and from which I can learn. Then, we will have a better world."

The need for the next generation to work with different ideas and traditions to create a truly global society was also underlined by Chinese history and anthropology professor Michael Puett of Harvard University.